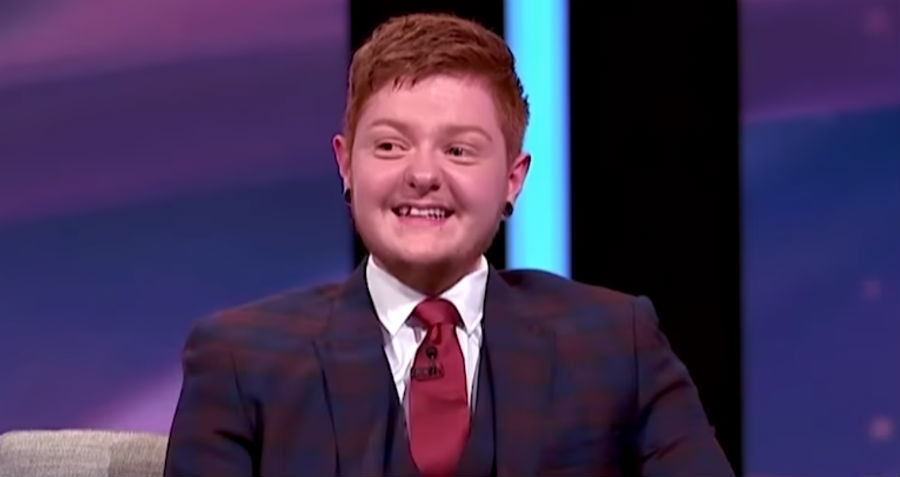 Australian TV show This Time New Year featured a trans man on a recent episode, and the clip has gone viral since it was picked up by Gogglebox Australia.

Gogglebox, a hit TV format in the UK and Oz, basically films families, partners and friends watching a different selection of TV shows each week and catching their reaction. This particular segment appeared to have a positive impact on those who watched it.

Gogglebox x This Time Next Year

Nice to meet you Markus ?

We’re first introduced to Marcus, the man in question, prior to him beginning testosterone therapy. He still presents in a way many would perceive as feminine, leading to shock among some viewers that he is about to embark on transition.

Fast forward one year and we meet Marcus again. This time, he’s in a suit and sporting a beard, with a noticeably lower voice. He’s also clearly a much happier person: ‘Elated’ as he himself describes it.

Related: “Trans man fighting to be listed as father on son’s birth certificate”

The change prompts praise from those watching and sympathy at the challenges he’s been through. Some people comment on the fact Marcus comes from a rural area of Australia: part of the world where it’s undoubtedly even harder to come out as trans.

However, if that wasn’t moving enough, Marcus seems surprised to spot his dad in the show’s audience. He reveals the two are not in close contact.

The show’s host asks Marcus’ father to join them on the sofa. Dad admits that when first told by Marcus that he wanted to transition, he did not take it well.

‘Are you kidding me?’ were his exact words. However, he’s now come around to things.

Although some may question the notion of serving up transitions as TV entertainment (or… erm, the host using ‘she’ pronouns to refer to Marcus at one stage), it’s impossible not to be moved by Marcus’ journey. It’s one that’s got many people in Australia, and now beyond, talking and thinking about the challenges trans people face.

‘The joy on Marcus’ face says everything,’ says one Facebook commenter. ‘And that dad really stepped up and showed up, even though he found it hard and that is so admirable. Proud of them both and think they are both amazing men.’

‘I loved that Google Box [sic] showed this and their reactions. It’s great to sit there and watch the every day Aussie get behind Marcus … people’s views are changing for a better Australia,’ says another.