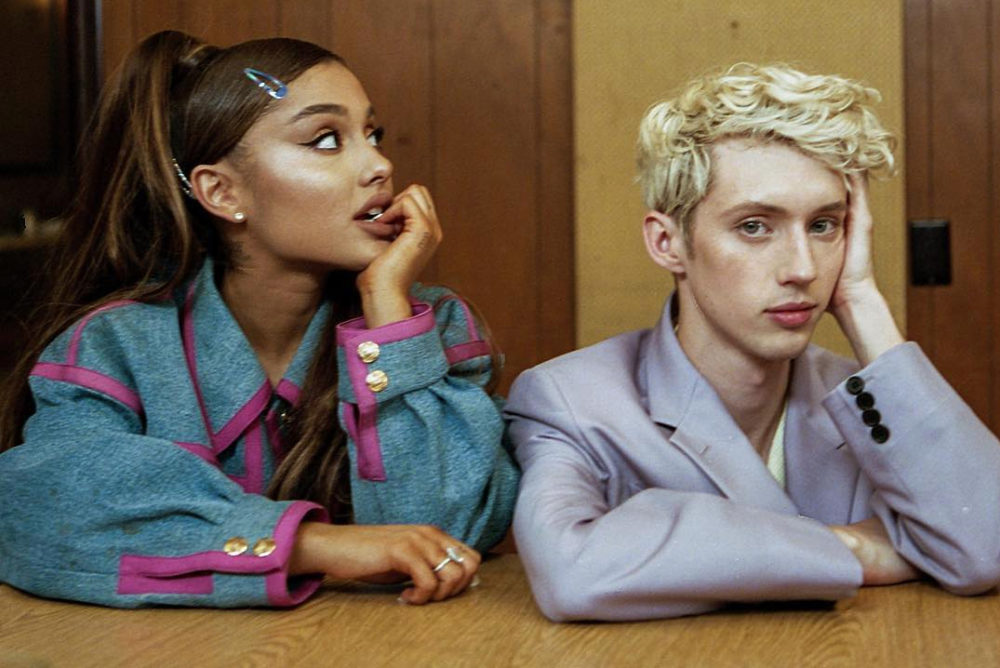 Pop prince Troye Sivan just dropped the new video for his summer bop “Dance To This” that features pop princess Ariana Grande. The video finds the pair at some weird community center that has a few senior citizens, children and prison inmates? Sivan enters with a CD in his hand that he gives to an older man presiding over a boom box. Soon, Sivan takes to the microphone and begins to sing.

After he breaks out some moves on the song’s first chorus, we discover Grande is one of the people in the small audience. She gets up to sing her part of the song, before the pair embarks in a cute dance sequence that finds them alone in the room and on tables breaking it down.

Sivan and Grande both have albums due out next month. Sivan’s Bloom is out August 31st via Capitol and follows his 2015 debut Blue Neighborhood. ‘Dance To This’ is the fourth single, following other releases ‘Bloom,’ ‘xx’ and ‘My My My!’

Grande releases her new album Sweetener on August 17th, which will feature singles including ‘No Tears Left To Cry’, ‘The Light Is Coming’, and ‘God Is A Woman.’

The video for the latter was released last week and features a cameo from Madonna. In it, the Queen of Pop recites Samuel L. Jackson’s ‘Ezekiel 25:17’ scene from Pulp Fiction. “And you will know my name is the lord when I lay my vengeance upon you,” she can be heard saying in the video.