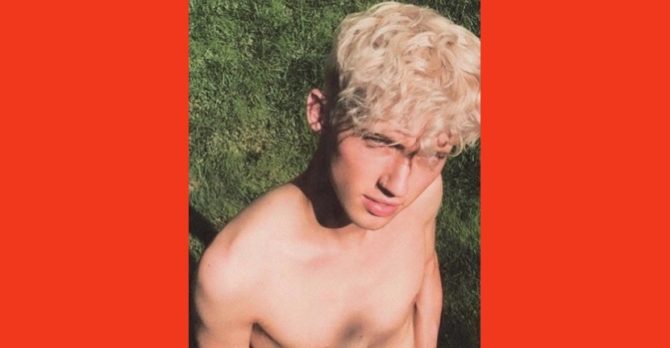 We aren’t entirely sure what a “bottom icon” is, but apparently everyone’s been calling pop darling Troye Sivan one.

Again, we’ve never heard the phrase before, as it pertains to Sivan or anyone else, but it sounds like a real honor?

In a recent interview with Them, Sivan fielded questions about music and acting and bottoming.

Related: Troye Sivan just released his summer anthem and it’s all about bottoming

“There’s been a lot of fanfare about the single, ‘Bloom,’ being implicitly about bottoming,” Davey Davis informs Sivan at one point in the convo, before asking: “Do you have your queer audiences in mind when you’re writing about those kinds of experiences?”

But things dig a little deeper, so to speak, as Troye’s very lovely response about making unabashed queer music for queer people (which you can read in the full interview here) leads to this followup:

“It did make me wonder, though, as everyone’s saying, ‘Troye is a queer icon. He’s a twink icon. He’s a bottom icon’ — is that something you strongly identify with personally? Are you like, ‘That’s me, I’m a bottom, and that’s my sexuality!’ or is that reductive?”

Related: Troye Sivan and Ariana Grande break it down in new video for ‘Dance To This’

If anyone out there is unironically self-identifying as a “bottom icon”, you are encouraged to get in touch with us at [email protected]; we have questions.

Sivan, however, is not one of those people.

“Completely reductive,” he responded. “Without getting into like any sort of details whatsoever, that was a song I wrote about a particular experience. I’m not branding that as myself forever. It was definitely just writing a song.”

A song, we might add, that’s a real bop.

Check it out below: