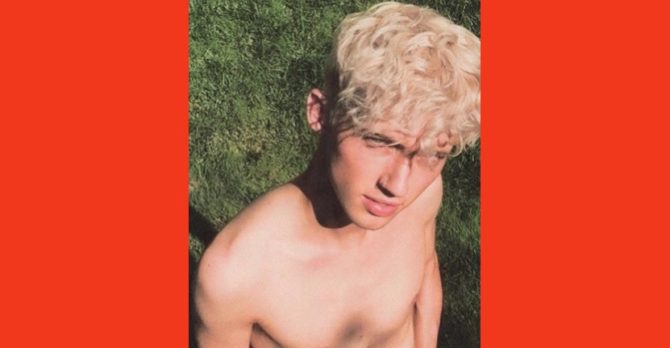 Now here’s an anthem to really get behind, or in this case, in front of. Or maybe it’s best to start on top of it and get comfortable.

Out Australian pop star Troye Sivan has released his new single just in time for Pride season, and in a since-deleted tweet, revealed his inspiration: bottoming.

Related: Troye Sivan lied about his age on Grindr to hook up with older men

We hope this bottoming beat tops the chart. Sivan has proven to be an enduring talent and the new song, “Bloom,” is sincere, catchy and endlessly remixable for dance floors.

The singer had previously stated “it’s about flowers” in a promo video ahead of the release: 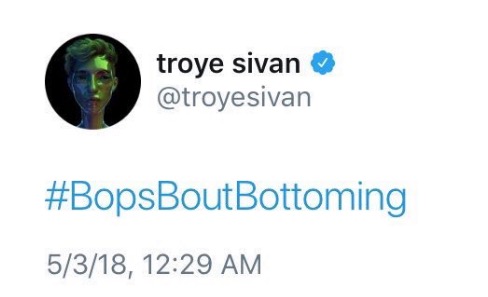 He either had a change of heart or a frantic call from a publicist (we’re guessing the latter), and the tweet was soon deleted.

But not before the internet could have a field day, of course:

Troye tweeting about bottoming, making it trend and deleting it right after #BopsBoutBottoming pic.twitter.com/RJ1zosnQIJ

we love an honest bottom that’s open about bottoming ! #BopsBoutBottoming

Listen to the full track below:

Here are some of the lyrics — interpret them how you will:

Tell me right before it goes down

Hold my hand if I get scared now

Take a second, baby, slow it down

I bloom just for you