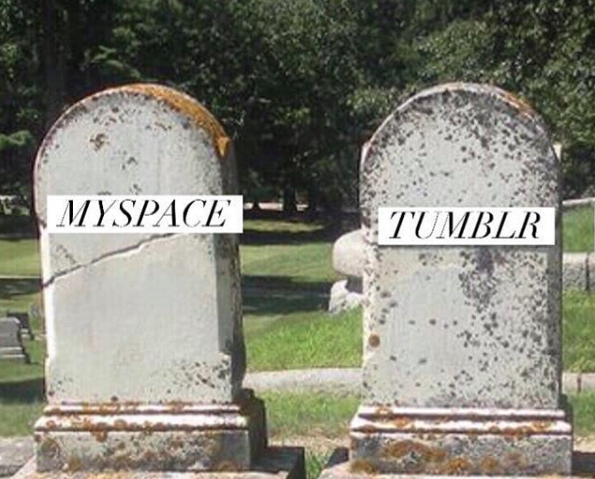 Well, today is the day. Going forward, Tumblr will no longer allow adult content on its platform. But the microblogging site says it still wants users to think of it as a place to “explore sexuality.”

This morning, Tumblr posted a lengthy message explaining its new guidelines, which are now in effect:

A couple of weeks ago we announced an update to our Community Guidelines regarding adult content, and we’ve received a lot of questions and feedback from you. First and foremost, we are sorry that this has not been an easy transition and we know we can do a better job of explaining what we’re doing.

It then went on to clarify that it won’t be “deleting” all adult content. Instead, it will be “hiding” it so only the person running the page to which the content was uploaded can view it.

In other words: If you wanna post a racy video of yourself, that’s fine, but nobody except for you will ever be able to see it.

Tumblr went on to clarify that any content showing genitals or sexual acts, real or simulated, will no longer be permitted, adding:

Photorealistic imagery or photography–images, videos, or GIFs–with real humans that include exposed genitals or female-presenting (yeah, we know you hate this term) nipples or depict sex acts is not allowed per our guidelines.

Furthermore, Tumblr added that it “has always been home to marginalized communities and always will be”, and that it recognizes its “special obligation” to these communities. It also said it doesn’t want to “silence the vital conversations that take place here every day.”

LGBTQ+ conversations, exploration of sexuality and gender, efforts to document the lives and challenges of those in the sex worker industry, and posts with pictures, videos, and GIFs of gender-confirmation surgery are all examples of content that is not only permitted on Tumblr but actively encouraged.