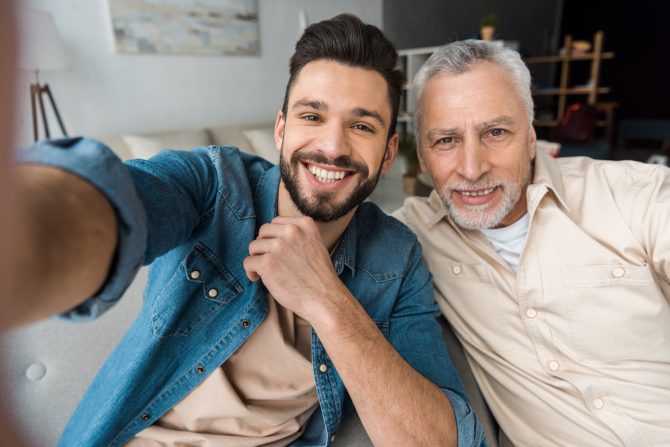 For one Reddit user, entering his 30s coincided with finding himself attracted to two generations of dudes.

“Turning 30 means still being attracted to 23-year-olds, but you also wouldn’t say no to their dad,” the Redditor recently observed. “Something must have happened in the last year where 40-something dads have become increasingly attractive to me.”

Other users, however, begged to differ. “Me when I was 19,” one commenter wrote. Said another, “Oh honey, I was always into their dad.”

A third commenter wrote, “I’ve always been into the 40-something dads, though. Good maturity, easy to converse with, and usually doesn’t want the drama.”

Another user, meanwhile, prefers his men not to be literal daddies: “While I definitely could have gone for 40-somethings at 30, if men are actual dads, that’s actually a turnoff for me, especially if the kids are still living with them, or worse, they’re still married (to a woman).”

Related: He called me “daddy” and I have some concerns…

One guy, meanwhile, is still reckoning with his placement in the daddy demographic. “Being called ‘daddy’ for the first time at 34 by a twenty-something was a come-to-Jesus moment for me, especially since I was looking at the older fella in plaid nursing that drink by the bar.”