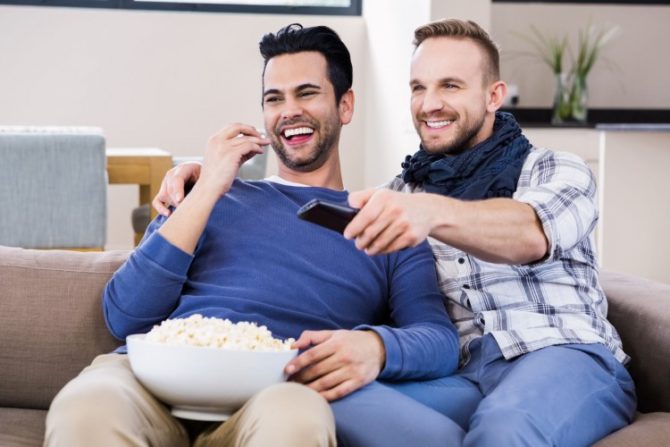 An upcoming half-hour HBO Max show titled Drama Queen should be a meta viewing experience for gay TV buffs: According to its logline, the in-development project is a “semi-autobiographical comedy set in the 1980s” centering on “a closeted, TV-obsessed teenager who copes with the harsh realities — and relative mundaneness — of life in small-town New Jersey by escaping to an alternate soap opera universe of his own creation.”

The story is based on the childhood of entertainment journalist Michael Ausiello, who wrote for TV Guide and Entertainment Weekly before founding the website TVLine in 2011. He’s also executive-producing the show and penning the pilot script himself.

“A born couch potato, Michael Ausiello’s earliest memories are rectangular in shape, and, in fact, when he gets bored with one recollection, he reaches for the remote control and switches to another,” his bio reads. “Papa Smurf, J.R. Ewing, Flame Beaufort … these are the personalities that shaped his young mind into what it is today: a steel trap, slightly rusty, but overflowing with knowledge of the tube.”

Meanwhile, Ausiello is also working with Jim Parsons to adapt his memoir, Spoiler Alert: The Hero Dies in the End, for the big screen, per Deadline. The bestselling book chronicles his relationship with husband Kit Cowan, who died of neuroendocrine cancer in 2015.