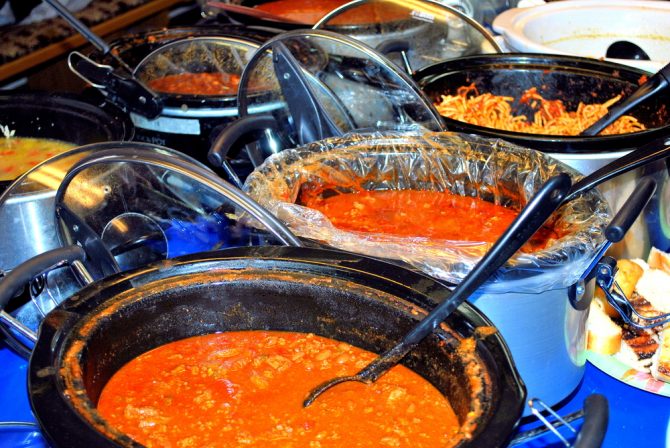 New York is having one of the worst coronavirus outbreaks in the country, but that didn’t stop Lucian Wintrich, founder of Twinks 4 Trump, from holding a “Corona Potluck” at his apartment in the East Village.

The invitation for the gathering, which was held on March 14, read: “They can’t diagnose us all… Don’t wash your hands. … Bring your fav dish!” It also included a picture of a little boy covered in chicken pox and a fork holding a coronavirus spore.

Wintrich says he was inspired to host the shindig by “the chickenpox parties that were all the rage in the 90s.”

“The majority of folks I invited, if they got it, would recover fairly quickly and build up an immunity to the present form of COVID-19,” he tells the New York Post.

For the record: It is still not known if or for how long a person remains immune to COVID-19 after they have recovered from it.

Wintrich adds that nobody who went to his party was deliberately trying to infect anyone.

“The quarantine, itself, is serious to a degree,” he said. “I wouldn’t hang around folks over the age of 50 and risk infecting the more vulnerable.”

Also for the record: Nobody, regardless of their age, is safe from coronavirus. Just last week, a healthy 17-year-old from Los Angeles died from complications from COVID-19. And last weekend, a 40-year-old man from Miami, who had no prior health issues, also succumbed to the disease.

In addition to founding “Twinks 4 Trump,” for a brief while, Wintrich was a credentialed White House reporter for the alt-right blog Gateway Pundit. In 2018,  The Daily Beast reported his White House credentials had been stripped after he appeared on a white supremacist podcast. Wintrich, who rejects the “alt-right” label, disputed the report.