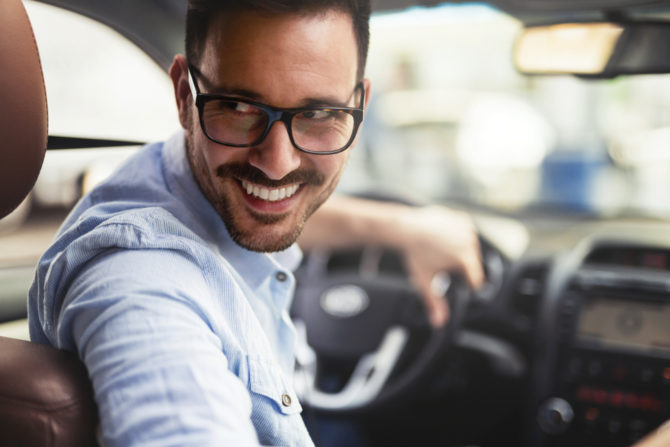 A Florida man was looking for a ride, but not that kind of ride.

Matthew Martson needed to get to work in the wee hours of Monday morning, so he ordered an Uber.

He says the Orlando-based driver he matched with had other things on his mind than getting from point A to point B.

Related: Man “creeped out” by the way Uber driver looked at him in the rearview–and then he saw his text

The driver offered to give Martson a free ride, with one pretty big caveat.

The driver allegedly said, “Hey, I’ll give you a free ride if you let me (commit a sexual act).”

While local news station WESH 2 isn’t providing all the lurid details, it’s not easy to decipher from this screenshot what the driver was after:

A couple of things stand out here: One, the offer is succinct and contains all the necessary info to make the deal happen, so this can’t be the first time this driver has done this. And two — the driver has a perfect 5-star rating?! Maybe he knows what he’s doing.

Martson says he canceled the ride and was hit with a fee from Uber.

“I was shocked. It felt uncomfortable,” he said, adding, “Of course I canceled the Uber. But I was uncomfortable calling another Uber. You know, I was thinking about calling out of work.”

An Uber spokesperson said the company is looking into the situation and the driver and has refunded Martson’s $5 cancelation fee in the meantime.

With so many apps on the market designed to facilitate hookups, let’s keep Uber being Uber.