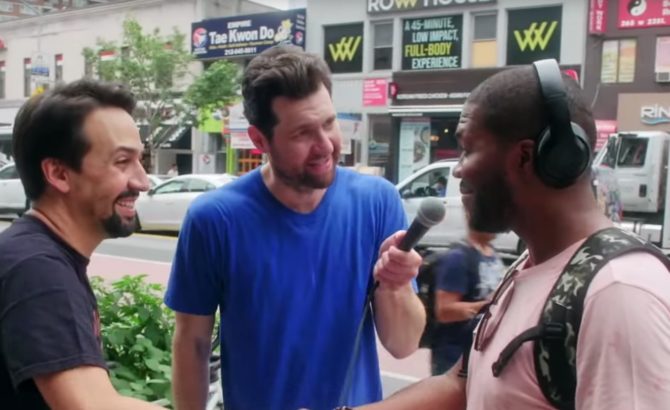 Some takeaways from the latest episode of Billy on the Street, featuring Lin-Manuel Miranda:

Still, Billy Eichner set out to cheer up New Yorkers, and for the most part, succeeded in his mission.

Oh, and have you heard Miranda is in the new “Marry Poppins”?!