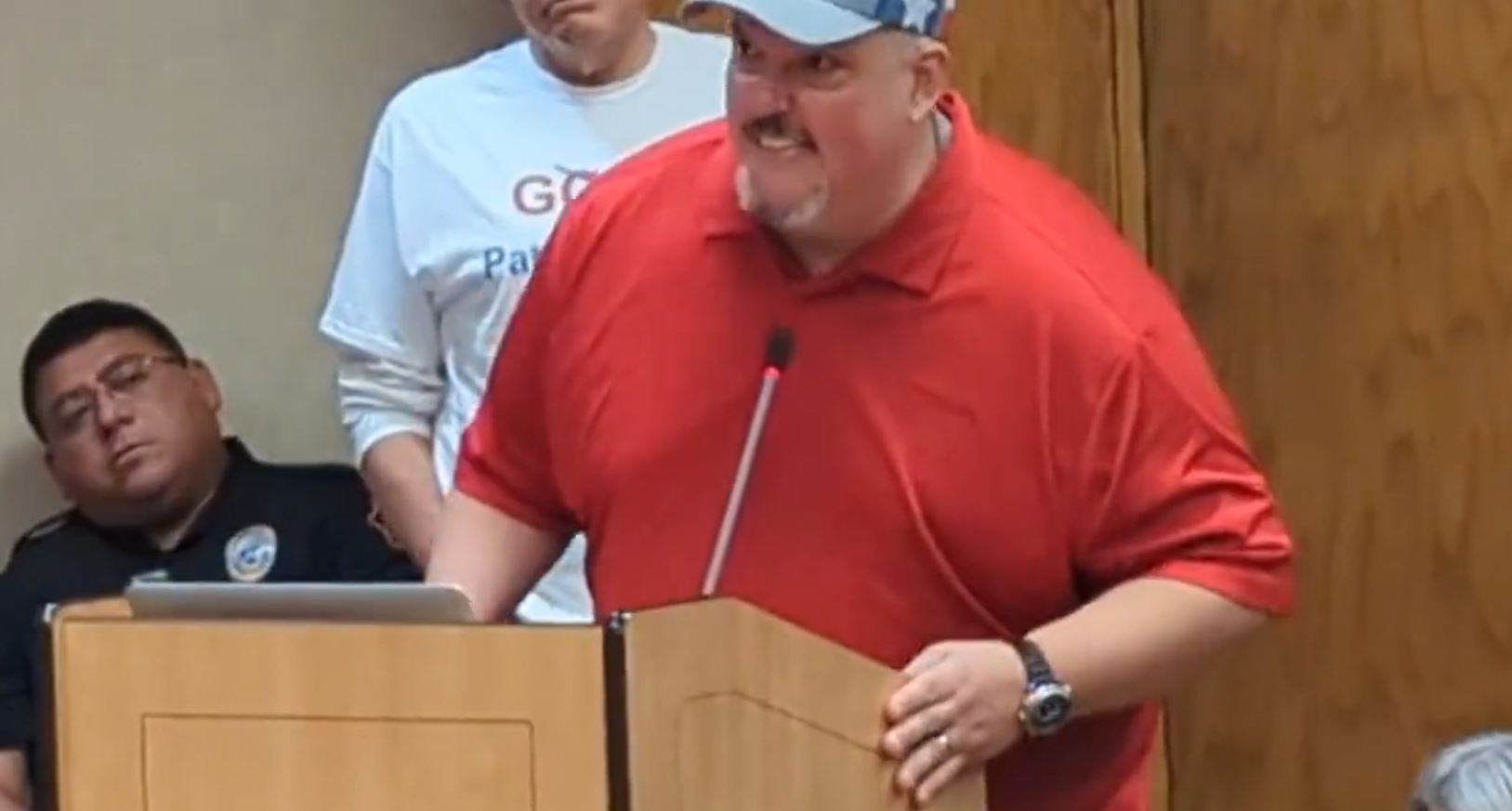 A man cosplaying as the world’s angriest tomato turned heads at a Texas school board meeting this week as he delivered one of the most off-the-rails monologues in recent memory.

Grapevine-Colleyville ISD in Texas hosted a meeting to discuss new school policies regarding instruction on identity, and folks came out in droves. An estimated crowd of 200 were in attendance to voice their support and concerns.

In a half-sad half-entertaining turn, this man was also in attendance.

This particular citizen took the floor to deliver a rant featuring his thoughts on the “simple facts” of gender, monkeypox, and way more excited talk about c*mming than expected. Like, WAY more excited.

Listen to his buck-wild little diatribe here (though be prepared to spare a couple brain cells):

I’m not sure exactly how this guy who supports the anti-trans policy at GCISD thinks this speech is going to make him look.

Related: Wisconsin school board bans staff from listing their pronouns on emails

Basically, the guy’s lucky “Saturday Night Live” is in its off-season right now.

Lack of televised derision aside, plenty of folks took their chance to drag his weird little speech within an inch of its life:

Say, didn’t I just see him in line to audition as the voice of the new Foghorn Leghorn in the Looney Tunes reboot?? Seriously though, I think people should have to get a license to say words in public forums like that.

You knowwwww he thought he killed it too

He feels so embarrassed as he walks back to the seat and realizes no one is clapping. 😂😂😂

after sharing his thoughts, Bob returned home to his underage cousin wife, very pleased with himself.

Sure, I speak angry white guy. He said, “Equality feels like someone is taking something from me. When I’m asked to respect things that I don’t understand, it feels like I’m being disrespected. I’m frightened and fragile. I am showing you how upsetting this is to me with anger.”

Sounds like he’s a graduate of the Kimberly Guilfoyle School of Elocution.

All the John Birch Societies and conservative think tanks spend millions and millions of dollars to create this guy.

I had forgotten how political the outtakes from the @parksandrec city council scenes got 😳 😏 https://t.co/hE4xlBI8O1

Somehow, the side of this pillar of intellect won out in Texas, with the GCISD board voting 4-3 to crack down on civil rights in schools. Tough discussions about race, gender, or sexuality have been deemed inappropriate, trans students will have to use the restrooms of the sex they were assigned at birth, and trans and nonbinary students will be mandatorily misgendered in classes.

Mind you, there’s still been no meaningful gun control laws for schools in Texas in the wake of the Uvalde massacre. No meaningful legal response at all, really.

Government officials and school boards are instead caught up debating what facets of human rights they need to ignore in the classroom in between active shooter drills.