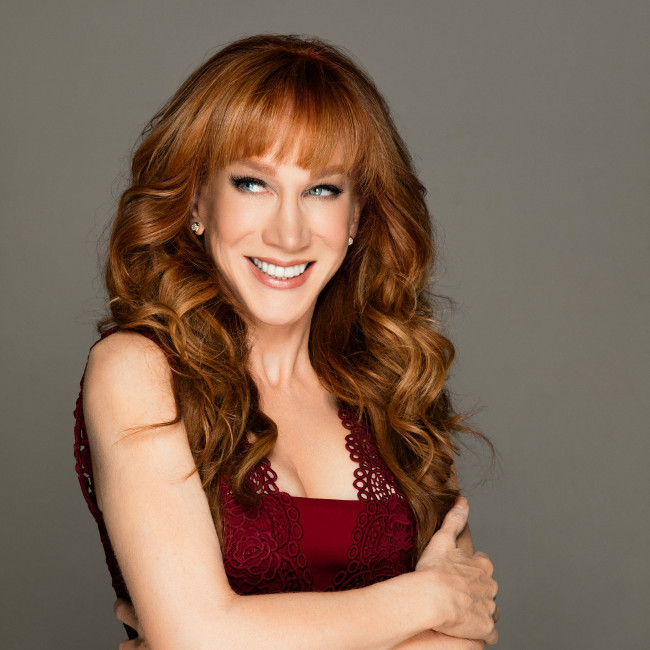 The small (and quite short) ceremony was presided over by none other than Lily Tomlin, whose partner, Jane Wagner, was also in attendance.

The entire ceremony was just under 14 minutes but I have to give you guys the uncut first 75 seconds. LOVE IT! We promised you atypical. We are in love and we cannot stop laughing. Thank you @LilyTomlin and Jane Wagner!#HappyNewYear pic.twitter.com/O5vOss3TCD

“What was supposed to be a shallow, ‘toot it and boot it’ one-night stand has grown and flourished into something far more meaningful,” Tomlin says after Griffin exchanges some interior decorating remarks with an off-screen Wagner. “They stayed together. Then they couldn’t stay away from one another.”

In a follow-up tweet, Griffin added that her wedding dress was actually the dress she wore on her first date with Bick.

“This was our first formal date in September 2011!” she wrote. “We are in the back of a limo provided by the one only @GloriaEstefan because her team arranged for me to surprise her as a back up ‘dancer’ when she performed at the Alma awards!”

“I asked Randy to pick out which ever one of my long dresses was his favorite for any reason. He picked out this dress and showed me this photo. Romance is hotttt again.”

A) This was our first formal date in September 2011! We are in the back of a limo provided by the one only @GloriaEstefan because her team arranged for me to surprise her as a back up “dancer” when she performed at the Alma awards! pic.twitter.com/Z9kNaQHFpY

2019 was a good year for Griffin. She released a documentary, A Hell of a Story, chronicling her experience following the infamous 2017 Trump decapitation photo shoot, she toured with her latest show, Laugh Your Head Off, and she even managed to squeeze in a marriage at the last second.