Summer of ‘85 ranks as one of Ozon’s best films, both in the way it fuses genres, and in the way it layers its characters. This film will ignite spirited debate among viewers as to how they judge Alex and David, and the nature of their relationship. Since much of the film unforlds through Alex’s memories, however, we’re left to wonder if history transpired as he says it did. Ozon also makes us question how the couple actually felt about one another, the point where affection and obsession meet. Anchored by two magnetic, sexually charged performances by Lefebvre and Voisin, Summer of ‘85 will have viewers pondering their own past relationships as much as the one at the center of the film.

The Icon: Rita Moreno: Just a Girl Who Decided to Go For It

One of our favorite films from Sundance 2021 opens wide this week, bringing with it a frank and affectionate look at a legendary performer and gay icon. Just a Girl Who Decided to Go For It recounts Moreno’s early beginnings in Puerto Rico, her emigration to the US and her varied career which nabbed her an Oscar, Emmy, Tony and Grammy. Featuring interviews with Moreno herself, George Chakiris and Terrence McNally and longtime fans Lin-Manuel Miranda, Eva Longoria-Parker and Gloria Estefan, the movie maps the far-reaching effect of the actress’ work.

Unlike other more reverent docs, Moreno doesn’t hold back here, sharing frank memories of her experience with sexual assault in Hollywood, hardship finding work as a Latina actress, her marriage, and—in perhaps the film’s most candid subplot—the details of a torrid relationship with Marlon Brando. At 89, Moreno’s petite frame still radiates star charisma and vitality. Viewers will come away from this film feeling like Moreno didn’t just live life; she earned it.

In theaters June 18. Also available as part of the Provincetown Film Festival online thru June 27.

Co-directors Seth Harrington and Gil Hizon launch this horror-comedy short this week. Catfish Killer follows a group of gay men on a camping trip to a cabin in the woods. When the boys decide to do their best to attract some extra company, things take a dark turn when their potential hook-up accuses them of catfishing and comes to the cabin to exact revenge.

At 12 minutes, Catfish Killer doesn’t overstay its welcome, and manages to get a couple of big laughs in over the span of its runtime. It helps too that Harrington taps capable actors to carry the material, including Eastsiders vets Chris Salvatore and Stephen Guarino. As directors, Hizon & Harrington show potential and passion. We look forward to seeing them direct a feature in the future. For now, though, they knows how to show fans of horror, camp and camping a good time.

Queerty nominee Bright Light, Bright Light returns this week with his remix of the Megan Vice and TT The Artist collaboration, “Feeling Good.” Despite the very complicated title and credits here, Mr. Light, Ms. Vice and The Artist again show off their knack for crafting dance-ready pop. With a beat and melody that channels 90s CeCe Peniston and 70s Cheryl Lynn, “Feeling Good” puts us in the mood to hit the dance floor or go cruising (in any form) in a convertible on a sunny day. Press for the song describes it as a “summer bop,” though, for our money, we think it suits a good time all the year-round.

Speaking of dance-ready pop beats, Canadian vocalist Maggie Szabo drops her latest video this week, a boogie-ready power ballad perfect for celebrating pride month. “Rebuild” pays homage to love, strength and resilience in the face of adversity. The accompanying video, directed by transgender director Alexa Best, follows the biography of Dr. Kathryn Davis (who also appears in the vid), a woman who underwent gender transition at age 70. It’s a beautiful celebration of queer identity and progress, accompanied by powerhouse vocals from Szabo, and perfect for pride. 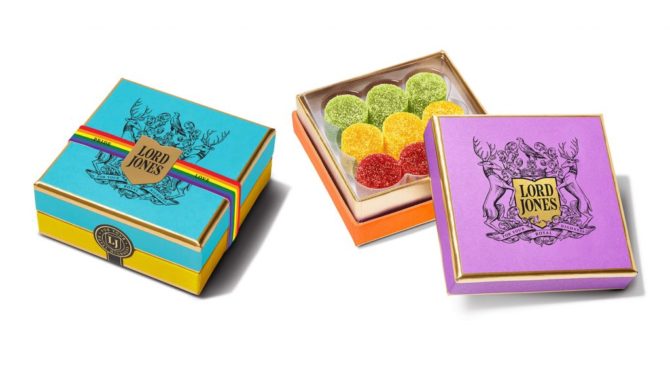 This week, we’re doing something a little bit different here at Culture Club in terms of our recommended intoxicant. Instead of a cocktail, we suggest giving some CBD gumdrops a snack (where legal, of course). Suitable for viewing a film at home or in the theatre, or for loosening up whilst hanging with friends, this candy can help ensure a very silly time.