The Virtual Step Out: The Provincetown Film Festival

The beloved Provincetown festival arrives at last, albeit in virtual form. On the upside, that means festival attendees can stream this year’s festival offerings from anywhere, and get a first look at some of this year’s early awards contenders and sleeper hits. Of the lineup, we want to highlight Stage Mother, the camp comedy for which actress Mya Talor receives this year’s Next Wave Award; The Capote Tapes, the debut doc from director Ebs Burnough about Truman Capote’s lost final novel; and House of Cardin, the film by married couple P. David Ebersole & Todd Hughes about the eccentric gay designer. Oh, and we’d be remiss not to mention a special showing of Kitten With a Whip, the Ann-Margret camp classic. Crack open a bottle of wine and watch.

The Dance Party: Dance on Camera

Speaking of virtual festivals, dance fans starved for some time with the ballet bar will no doubt get some relief from this virtual festival, a combination of features and shorts highlighting stories told through movement, choreographers, dancers, and innovators from the field. Our marvelously queer picks: Uprooted-The Story of Jazz Dance, which traces the origins of the wildly popular and influential style, and features interviews with dance greats including Chita Rivera and director/choreographers such as Michael Blake and Susan Stroman; Kemp: My Best is Yet to Come profiles the dancer/mime notorious for his homoerotic routines (which feature men in loincloths, footage of which is mercifully shared in the film) and for his tutelage of David Bowie; Land of the Sweets: The Burlesque Nutcracker, an expose of a genderfluid and erotic take on the classic Tchaikovsky ballet; and the sort film Men, an exploration of masculinity and male yearning, featuring a diverse group of male dancers writhing over one another.

The Sniffle: The First

Up-and-coming writer/director Tim Zientek makes his digital series debut with this six-part story of gay men in love. The First follows Will & Leo, two boys smitten with one another from the first date on, and who have their love story shattered when they realize they’re both bottoms. Unlike other series, which would treat this premise as a joke, The First examines a dynamic within queer, male relationships with tenderness; the series knows that a superficial detail like similar sexual roles can become the death of a relationship. For that reason, the show impressed us with its moving storyline, and with two fearless and committed performances by actors Charles-Curtis Sanders and Will Bronske.

For a much lighter approach to the perils of gay life, look no further than this new Australian digital sitcom from Tim Spencer. Ding Dong I’m Gay follows a series of three digital shorts released in 2018, fleshing out the characters and the storylines into a season-long arc. The show centers on Cameron (series creator Tim Spencer), a somewhat nerdy gay man trying to find love in Sydney. When his younger cousin Toby (Brayden Dalmazzone) comes out of the closet and moves in with Cam, the pair find both their lives turned upside down. Cameron’s insecurity rages out of control as Toby begins to bed one hot boy after another…including Cam’s ex. Using a combination of live-action and wacky animation, Ding Dong I’m Gay lampoons contemporary gay sex, dating, apps, influencers, fetishists, adult film stars and just about everything else. It’s a colorful, wacky and often steamy romp through neurosis and gay life.

The Kiwi: Life Is Easy

Speaking of Oceanic sitcoms, this New Zealand-based series arrives on Revry this week. A mix of Freaky Friday and Booksmart, the show stars Chye-Ling Huang and Cole Jenkins as a sex-positive woman and her gay bestie who—through some mysterious curse—swap bodies. The series deals less with the pair trying to right their existence that coming to a different level of understanding about one another: what it means to be a woman, a gay man, a person of Asian heritage, and sexually liberated. Not every joke lands—some veer a little too scatological for our taste—but the show’s observations about empathy, privilege and gender norms make it worth a look.

Lesbian comic Scout Durwood just dropped this parody video last week, a meditation on people how people who don’t care for children constantly live in a world full of them. With a soulful voice that lends itself to pop stylings, Durwood dances poolside along with a back up chorus of women and men in pink onesies in a video that manages to channel both Esther Williams and the early music of Hole. You wouldn’t think those two flavors would fit well together, but somehow, as Durwood sings about getting high in her car, it works.

Queer singer Aish Divine dropped this video this week, produced by Velocity Creatives, promoting his latest single “Common Questions.” The video features voguing cast dressed in genderqueer fashion in a futuristic setting, suggesting that the future of humanity is one that does not know the boundaries of race, gender or sexuality. As a tune, “Common Questions” plays like a mix of techno, dubstep, rap, and glam rock. It’s a strange combination to be sure, but not an uninteresting one. We also found ourselves voguing to the beat, so we think it’s worth a listen.

The Sip: The Provincetown 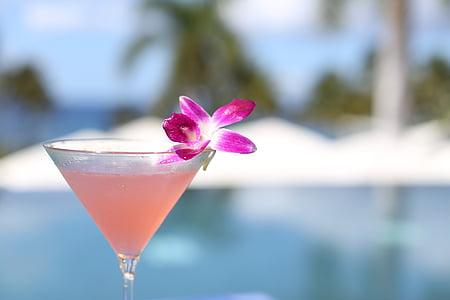 What can we say? We really miss summer in Provincetown right now. For that matter, we miss summer everywhere that’s not home. With that in mind, and in honor of the Provincetown Film Festival, we suggest this fruity citrus cocktail reminiscent of marvelously gay days on the beach.

Mix over ice. Stir and serve.