The Provincetown-set thriller finally arrives on Starz this week. Hightown focuses on Fish and Wildlife agent Jackie Quinones (Monica Raymund), a hard-partying lesbian with a weakness for whiskey and spritely ladies. When a corpse washes up on the shores of Provincetown, Jackie’s detective instincts kick into high gear, as she links the murder to a web of drug trafficking, organized crime and even one of her fellow agents. Other than the enticing visuals of Provincetown and a winning performance by Raymund, Hightown seduces us with its shades-of-gray characters, all of whom manage to feel likable even when committing some heinous act. That, along with some very good looking men, should keep viewers coming back to Hightown.

Premieres on Starz May 17.

The Final Curtain: She-Ra and the Princesses of Power Season 5

The outright awesome, queer affirming fantasy series returns for its final season this week, wrapping up the saga of Adora, Etheria and the Horde. Last season ended with Adora breaking her power sword and losing the ability to become She-Ra, while the villainous Horde Prime kidnapped Queen Glimmer. This season picks up not long after, with the forces of the Rebellion scattered and Horde Prime obsessed with harnessing the power of Etheria to conquer the galaxy. Can good prevail? As with its previous seasons, She-Ra doesn’t disappoint with its mix of comedy, action and queer pride (one woman refers to another this season as her wife). Even we haven’t seen the final episode to know how the story ends…and we can’t wait to find out.

Streams on Netflix May 15.

This Riverdale spinoff, which combines the nostalgic look of The Marvelous Mrs. Maisel with the tone of Sex and the City gets a special crossover episode Season Finale this week. Some of the gang from Riverdale shows up in New York, as Katy faces a choice between her design career, and the handsome boxer KO. Director Maggie Kiley returns to helm this episode, which will bring closure to most of the Season 1 story arcs. Then again, if Riverdale offers any hint, expect a cliffhanger or two, since The CW has already announced Season 2.

Airs Thursdays on The CW.

The Laugh Track: Dead To Me Season 2

Speaking of second seasons, this Netflix dark comedy returned this week, offering up an even more savage and hilarious story in its sophomore season. This season also gets a Vertigo twist, as James Marsden returns as Ben, the identical twin of Steve (his murdered character from Season 1) who becomes Jen’s (Christina Applegate) new love interest. As with its inaugural season, Dead to Me finds Applegate and co-star Linda Cardellini in top form. Pour some white wine and get ready to scream.

This indie drama from lesbian director Wendy Jo Carlton (Jamie & Jessie are Not Together) makes its big streaming debut this week. The film concerns a lesbian couple (Kari Alison Hodge & Rachel Paulson, younger sister of Sarah) who meet up with a friend for a threesome in hopes of adding a bit of spice to their relationship. Instead, they end up with a boozy night of insecurities and secrets laid bare. Good Kisser recalls Who’s Afraid of Virginia Woolf in both style and format: almost everything takes place in a single location over the course of one night. Though its script never reaches that level of cutting cynicism, Good Kisser does offer insight and perspective queer attempts at open relationships, and how that “openness” can backfire. No doubt many LGBTQ viewers of all genders can relate.

Streams on Amazon, AppleTV, and VUDU May 19. 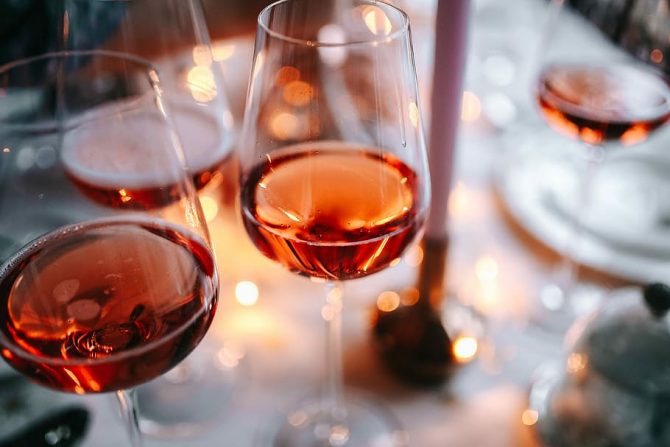 Yes, it’s basic, but then again, we have some very basic folks turning up in our recommended entertainment this week. So, enjoy the sippage. Pop the cork and serve chilled.