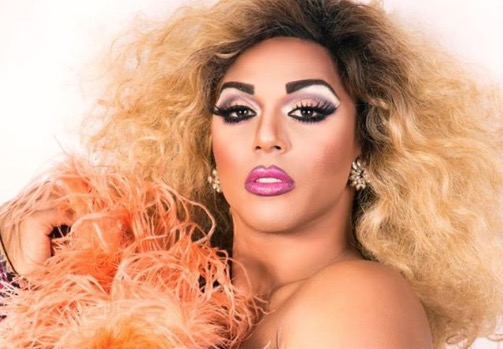 Hot off her win in the Drag Royalty category of the 2019 Queerties, Shangela proved once again — as if there was any doubt — that she is a queen who delivers.

Taking to the stage Thursday night at the GLAAD Media Awards in Los Angeles, which honored Beyoncé and her husband Jay Z with this year’s Vanguard Award, Shangela powered through a Bey medley that included “Baby Boy,” “Single Ladies,” and Destiny’s Child’s bops “Bootylicious” and “Independent Women.”

The crowd was shooketh by the Hi-NRG performance, jumping to their feet at the end to shower Shangie in love.

Beyoncé herself was among those praising the Drag Race fan fave and A Star is Born actress.

Check out some videos of the performance shared by Raymond Braun below:

OMG. @itsSHANGELA IS PERFORMING A BEYONCÉ MEDLEY IN FRONT OF BEYONCÉ AT THE #GLAADAWARDS. pic.twitter.com/VNS0oGurxF

Never felt a room this electric! @itsSHANGELA honoring Queen Bey in front of her. #glaadawards pic.twitter.com/3eaKgdHhno

Beyoncé was SO into this performance! She was clapping and beaming the entire time. @itsSHANGELA is born to entertain and she took this once-in-a-lifetime opportunity and DELIVERED. #glaadawards pic.twitter.com/AQwr7UnDHB

.@itsSHANGELA capped off her marathon 7-minute Beyoncé megamix performing the iconic Single Ladies dance and received an electrifying standing ovation from the entire #glaadawards audience, including multiple standing ovations from Queen Bey herself. It’s what she deserves! ?? pic.twitter.com/oHTlWRDEev

Drag Race season one winner and All-Stars season 3 finalist Bebe Zahara Benet was stanning along with everyone else:

We stan a professional! ??

Shangela Laquifa Wadley, you have come so far my dear!!! SO epically proud of you!!! @itsSHANGELA

Beyoncé and Jay Z gave an emotional speech after the performance in which the “Single Ladies” singer paid tribute to her gay uncle. Watch:

Here’s Shangela earlier this year accepting the Queerty Award for Drag Royalty, a title she more than defended with her performance.