The Step-Out: A Beautiful Day in the Neighborhood

Director Marielle Heller (Can You Ever Forgive Me) continues her winning streak with this new film that features Oscar-winner Tom Hanks as Mr. Rogers. Less a biopic of Fred Rogers than a story of his inspirational legacy, A Beautiful Day in the Neighborhood focuses on a reporter named Lloyd (Matthew Rhys) who gets hired to write a profile on Rogers. The simple assignment turns into a life-changing experience as Rogers’ sincerity erodes Lloyd’s cynicism, and forces him to face his complicated feelings for his wife (Susan Kelechi Watson) and alcoholic father (Chris Cooper). Hanks and Rhys give touching, effective performances, though Cooper steals the movie with a performance so powerful he might just land himself another Oscar. In short, don’t miss it.

Queer director Todd Haynes returns with this true story environmental thriller in the vein of The Insider and Erin Brockovich. Mark Ruffalo gives one of his best performances as Rob Bilott, a lawyer who stumbles onto a pattern of sickness and death linked to the chemical company DuPont. Anne Hathaway and Tim Robbins also star, though the movie belongs to Ruffalo’s paranoid everyman, and to Haynes himself, who displays a hereto unseen talent for suspense, tension and commercial storytelling. Dark Waters might just be one of the best films of the year, so make sure to check it out.

In addition to her delightful new Netflix offering, Heartstrings, Ms. Parton has launched her own podcast discussing her life, career, artistry and views on living in—you guessed it—America. This week’s episode, entitled “The One and Only For Me, Jolene” documents Parton’s relationship with the queer community, how and why she became a queer icon, and how she feels about her LGBTQ fans. It’s a must for Dolly fans, and a fascinating look at how her acceptance has made inroads for queer people in some surprising places.

The Read: Ian McKellen – A Biography

It’s about damn time. Writer Gary O’Connor finally does what somebody should have done years ago: penned a biography of Ian McKellen. Needless to say, McKellen is both one of the greatest actors in the world and a pioneer for LGBTQ rights, having come out back in the 1980s. O’Connor traces McKellen’s rise as a Shakespearean actor, his transition to film and his explosion as a megastar, as well as some sensitive episodes from Sir Ian’s personal life. McKellen fascinates us on the screen. O’Connor’s biography makes us realize that McKellen’s life is just as interesting.

Queer electropop duo Twinkids (so is that Twin KIDS or Twink IDS? We like the latter.) drop their new EP this week, Lizard House, featuring some delightful synthesized dance tracks with a homoerotic slant. Our favorite: the first single “Pscyho,” a neo-new wave jam about a break-up. It strikes a good balance between a chill-out tune and a poppy driving song. That, along with a certain sensuality to the melody, makes it catchy, sexy fun.

Speaking of queer artists, trans-Latinx artist Jakk Fynn drops his latest single this week, a mediation and indictment on the restrictions of societal gender norms. The video for “Fire” depicts an Orwellian dystopia where people are labeled and forced into different categories. The “fire,” therefore, is the undeniable urge to accept inner impulses to explore sex and gender outside of societal constraints. Call it political pop music; a tune that deserves a listen.

The Sip: Dark and Stormy 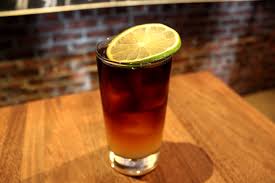 In honor of Dark Waters, this week we’re recommending a potent and delicious rum drink which will make you nice and relaxed, as well as aroused in just the right way.