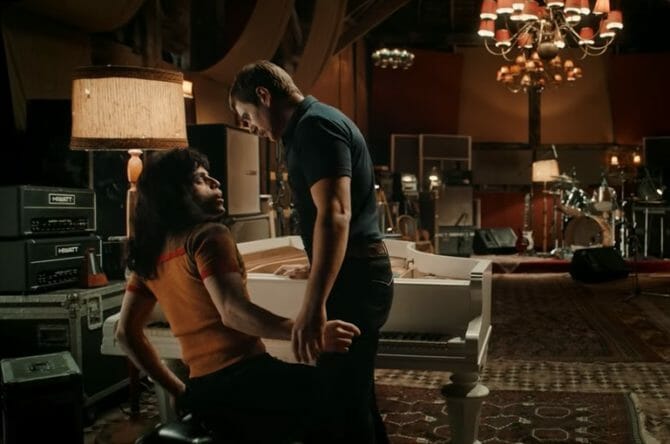 A new trailer was released this week for the upcoming Queen biopic, Bohemian Rhapsody, and this time, frontman Freddie Mercury (Rami Malek) is definitely gay.

That’s one step more revealing than the first trailer, which did not touch on Mercury’s sexuality or battle with AIDS.

Of course, trailer omissions don’t necessarily mean the film itself won’t explore these topics, but that hasn’t stopped the Internet criticism machine from churning.

Even so, considering Freddie’s larger-than-life queer presence, this second trailer is still tame in the gay department. Sure, he references himself as a “hysterical queen,” but that is also the name of the band.

We’ll just have to wait and see how the final cut rolls out, but we’re cautiously optimistic.