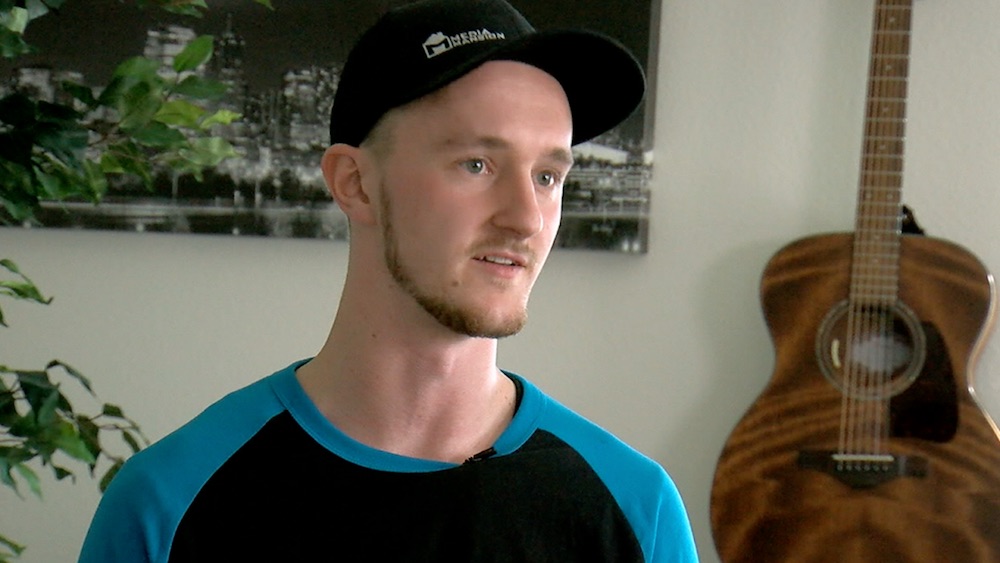 Benjamin Hostetter—owner of Media Mansion, a Denver-based videographer who shoots weddings and other events—recently refused to record a lesbian couple’s wedding, citing his religious beliefs.

When Anna Suhyda and Amanda Broadway decided to wed, they reached out to Media Mansion to capture their special day on video.

When Suhyda told Hostetter over the phone that the name of her fiancée was Amanda, he later responded with an e-mail that read, “Unfortunately, at this time, we are not serving the LGBTQ community!”

In an open letter, the company later clarified on Facebook:

Media Mansion is happy to work with people in the LGBTQ community! If a person who identifies as LGBT needs a video for their growing business, a blog, short film idea, etc., we’d love to assist. We simply do not film gay ceremonies or engagements. This decision is based on personal religious beliefs. We do not ask that you agree with our beliefs but only as that you respect our beliefs.

We wonder if Media Mansion “believes” that Colorado law states that all public businesses are required to work with LGBTQ people, because it does.

We also wonder if Media Mansion would record a gay couple’s child’s birthday party, a vlog supporting LGBTQ rights or a kid’s coming out party. Somehow we doubt it.

Related: The work of photographer Ben McNutt will instantly make a wrestling fan out of you

Hostetter stuck his foot even further in his mouth by telling the media:

“It really like just kind of exploded, and everyone just kind of assumed that we hate gay people, which is sad. I have friends who are gay, and if they want to hang out and me to do a video for them, it’s totally cool. But specifically doing a project that would be against my beliefs in anything regardless of what the specifics of it is not something I want to engage in.

I believe [marriage] has to do with family and producing healthy families. I don’t think there’s a lot of good evidence out there that two men or two women can come together and have a really amazing effective family that is good and is everlasting.”

First off, you can have gay friends like this guy and still totally be a homophobe. Second, there are numerous studies that say same-sex couples raise strong families, so Hostetter can go suck an egg.

It’s hardly surprising that Hostetter and Media Mansion should try this bull in Colorado—it’s the same state as the anti-gay Masterpiece Cakeshop bakery.

Meanwhile, Media Mansion’s page on The Knot, a website that rates wedding businesses, is getting low ratings and bad reviews.

We hope Hostetter will respect our beliefs that his company is anti-queer.