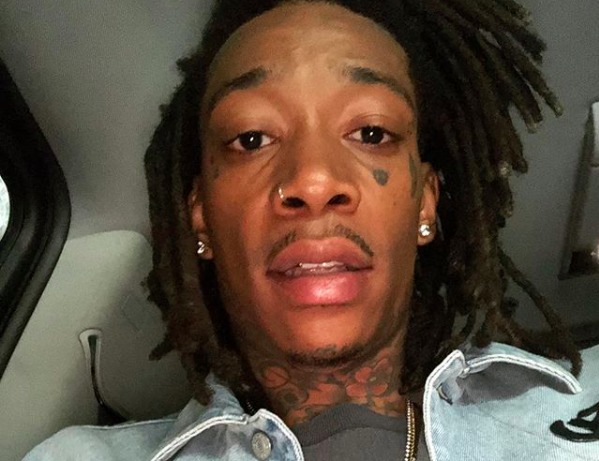 Wiz Khalifa recently sat down with Charlamagne tha God on his radio show “The Breakfast Club,” where the subject of straight men who eat bananas arose.

“If you bite into a banana, you sus[pect],” Khalifa told the radio host.

Suspect of what, you ask? Being gay, of course!

Apparently, if you’re a straight guy, and you eat a banana from the peel like a normal person, people might get the wrong idea about your sexuality.

“You gotta break it in pieces, bro,” Khalifa added. “If you a n*gga, n*ggas gotta break the banana in half.”

The rule only applies in public, however. In the privacy of his own home, a straight man can enjoy his banana however he pleases.

“If you’re in public, just break it into pieces,” Khalifa said, before adding: “I’m just trying to help you out, bro.”

Understandably, Twitter didn’t take so kindly to the remarks.

Wiz Khalifa said in an interview that it’s gay for men to eat bananas. … can you imagine your masculinity being THAT fragile? C’mon Wiz ? #WizKhalifa

straight men can’t eat bananas, so where do we stand on bongs @wizkhalifa? pic.twitter.com/SrzhUgIgZZ

Wiz trying to explain why men should break a banana in half and eat it in pieces is the height of homophobia and fragile masculinity and patriarchy. How insecure/ignorant/hateful you gotta be to see a fruit as a d in the mouth? pic.twitter.com/DgaoX8L7Ig

Wiz Khalifa said you gotta break bananas in half and eat them because multiple, smaller dicks is way less gay than one large dick. Obviously.

Hey @wizkhalifa if you think eating a banana will make you wanna blow a guy you probably already wanna blow a guy. Also your logic is incredibly stupid, juvenile and homophobic. You should try to be a smarter person. https://t.co/H2dIsBAKlA

Ok @wizkhalifa if straight men can’t eat bananas then they also can’t enjoy popsicles, eat off of spoons or forks. Also no hotdogs, corn dogs, ya can’t lick ya fingers off anymore either. Being homophobic sounds like a lot of work to me ?????

Related: You can’t unsee these two straight guys rolling around shirtless and sharing a banana