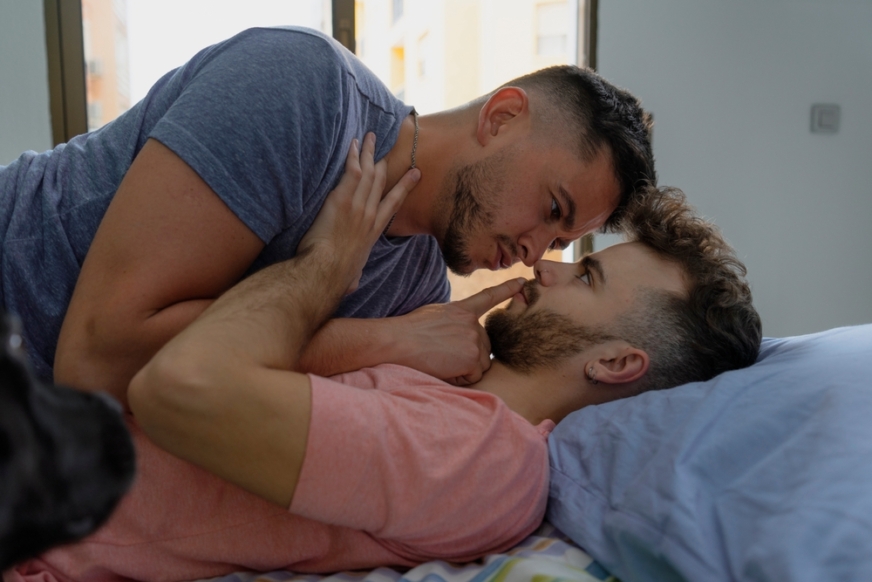 If the trove of “top privilege” tweets has a bottom, we haven’t found it!

Twitter users have been sounding off on top privilege for years now—often in the context of foods that only tops can eat without concern. (Fast food, dairy, and coffee are not bottoms’ best friends, it would appear.)

Zach Stafford, former editor-in-chief of The Advocate, mentioned a “no Chipotle before sex” rule among bottoms in a 2013 HuffPost blog post, adding that it’s just one way in which tops “have inherently greater privileges than do bottoms.”

In a 2018 Killer and a Sweet Thang essay, future Are You the One? star and OnlyFans performer Remy Duran wrote that “tops have a kind of privilege that our vers and bottom sisters do not have” in the gay-male population, including the perception of being stronger and manlier—a thought process that results from “internalized homophobia and sexist attitudes towards penetration,” Duran said.

In his piece, Stafford wrote along similar lines: “The patriarchy tells us that to be a man is to be the penetrator, the phallus, etc. And in this line of thought, bottoms are seen ‘less than,’ ‘feminine,’ or ‘the woman’ because they are the taker of the phallus.”

Here are their tweets…

Flaunted my top privilege by eating McDonald's for lunch in front of the ENTIRE SCRUFF OFFICE. pic.twitter.com/nxdPJ6QBZ0

Top privilege allows me to eat pizza before, during, and after sex

And yes, I fully acknowledge my top privilege here

Top privilege is inhaling that crunch wrap supreme like I just did.

Hi @TwitterSupport I’d like to report a case of top privilege. https://t.co/XgucxpL1h8

For lunch today I microwaved shredded cheese on a bowl of doritos and called it nachos, in case ur wondering what top privilege looks like

gay at work eating a mushroom and cheese pizza before going out clubbing….that’s some top privilege

This is top privilege pic.twitter.com/Qpu1Z7aC5V

I had a bag of Flaming Hot Cheetos and an iced coffee for lunch today. The top privilege is out here.

Lunching at the bathhouse is top privilege pic.twitter.com/hTrJepKmaa

Top Privilege is when he calls you first thing in the morning, to tell you he's coming over to shag, and you have to get up from bed to take a bath you hadn't planned to take that early because douche and wash.

My boyfriend and I had a sushi date and I paid for lunch. When they came back they put the card and bill in front of him. (They totally think he’s the top because he has a baseball cap on)

you know what hung top privilege is??? TWELVE DIFFERENT BOTTOMS WILLING TO FLY YOU OUT AND HOST YOU.

top privilege is having your own emoji ????