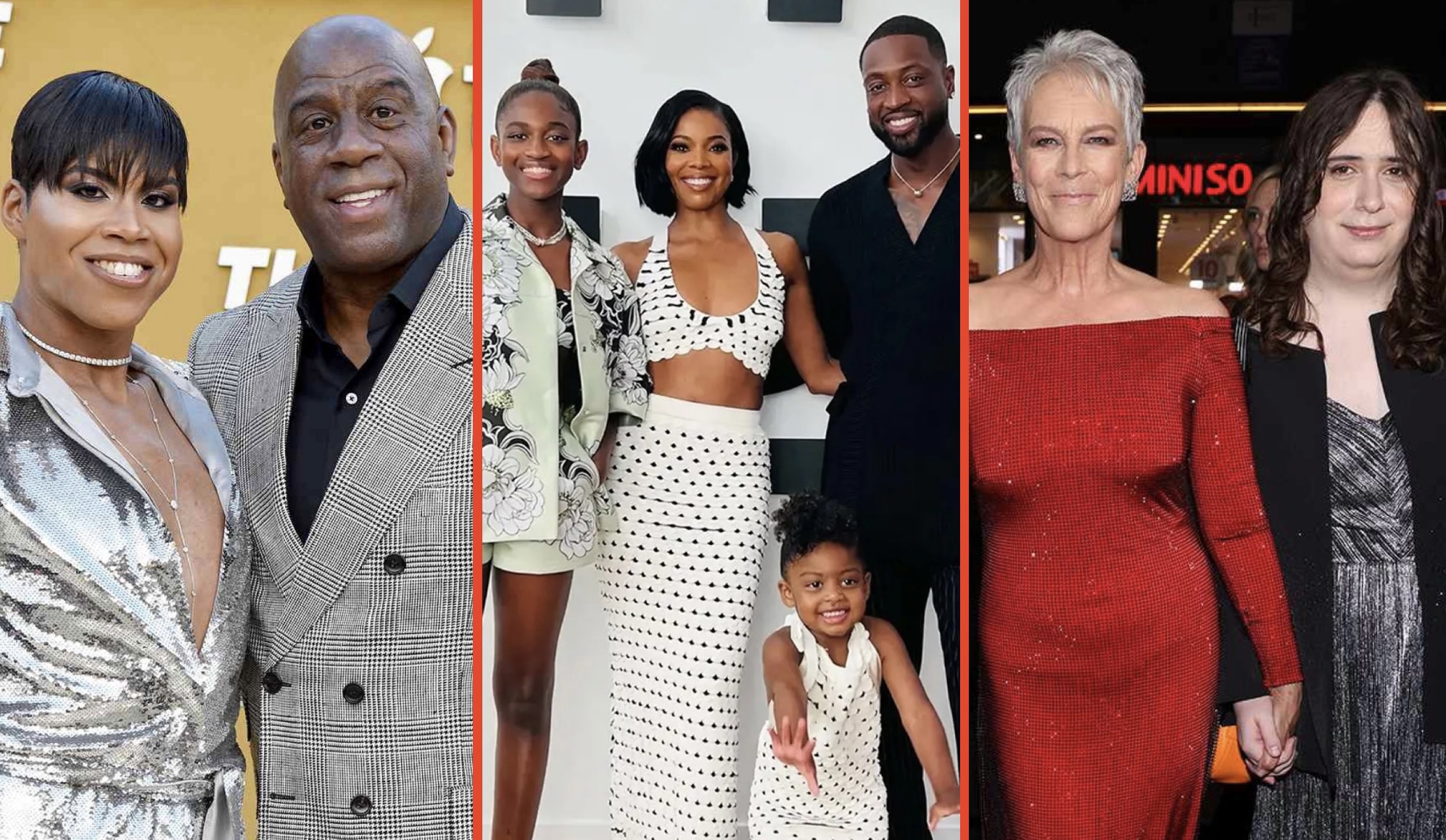 As legislators and conservative mouthpieces continue to target queer youth, it’s critical that the parents of those youth stand up for their kids. There’s been few historic examples of this to look to for decades, with the likes of Cher and Chaz Bono or Barbra Streisand and Jason Gould standing nearly alone.

Here in 2022, more and more families in the public eye are proudly and whole-heartedly embracing their LGBTQ kids. From actors to politicians to athletes, these parents are loving their children out loud.

Here’s a few of our favorite proud parents:

Since Zaya Wade‘s public coming out as trans in 2020, power-couple Dwyane Wade and Gabrielle Union have become poster parents for how to protect a queer child. They let her have freedom of expression, while limiting the public’s access to her. Folks can see her grace a magazine cover, but can’t go act crazy in her IG comments that they’ve limited.

“As our children show up, it is our job to believe them when they tell us who they are and not impose our dreams, hopes, fears, and desires on them,” Union told Buzzfeed earlier this year. “It’s our job to be loving, compassionate, protective guides for our children, but their lives are their lives and we have to respect that.”

Scream empress Jamie Lee Curtis not only celebrates her trans daughter Ruby, but has fun with her! The two have cosplayed together, strutted their stuff on the Halloween Ends red carpet, and even celebrated Ruby’s wedding day earlier this year.

“I am here to support Ruby,” Curtis explained to People last year. “That is my job, just as it is to care and love and support her older sister Annie in her journeys. I’m a grateful student. I’m learning so much from Ruby; the conversation is ongoing. But I want to know: ‘How can I do this better?'”

Basketball star Magic Johnson knew his son EJ was interested in dolls and dress up from a young age, but the two spent his childhood not acknowledging it. As soon as EJ was ready to tell him his truth, Magic got behind him one step at a time.

“He made me change. It wasn’t he who had to adjust; I had to adjust,” he told Shannon Sharpe on his Club Shay Shay podcast earlier this month. “Now we’re like best of friends. And I tell him all the time, ‘I’m so proud of you. Live your life just like I’m living my life. Love who you want to love. Dad is going to support you all the way.’ ”

Ever-private soul singer Sade hasn’t spoken publicly about her trans son Izaak‘s identity herself — but she’s not one to speak publicly much at all. By his own account, she’s been a strong source of support in his journey and his growth.

“Thank you for staying by my side these past 6 months Mumma,” he wrote in an Instagram post. “Thank you for fighting with me to complete the man I am. Thank you for your encouragement when things are hard, for the love you give me. The purest heart. I love you so much. Queen of queens.”

Emmy-winning actress/one-time gubernatorial candidate Cynthia Nixon is famously queer in her own right. After spending years fighting for LGBTQ equality, the star is passing the Pride on to her trans son, Samuel.

“I’m so proud of my son Samuel Joseph Mozes (called Seph) who graduated college this month,” Nixon wrote in 2018. “I salute him and everyone else marking today’s #TransDayofAction.”