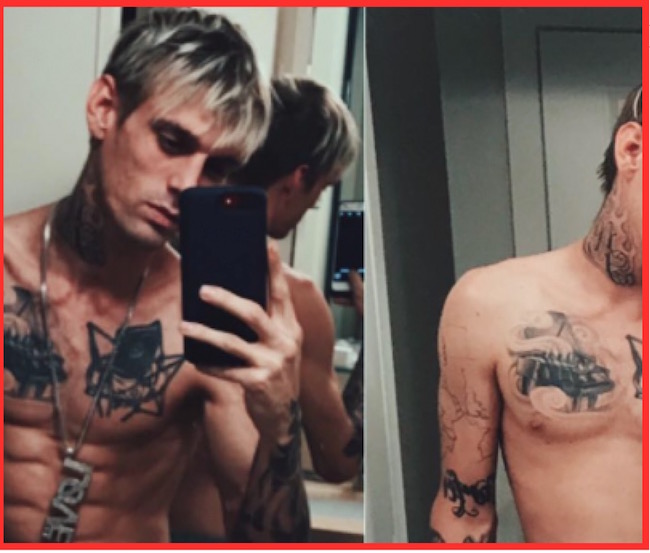 The last few months have been quite the whirlwind for Aaron Carter. In early August, he came out as bisexual. The next day, his girlfriend dumped him. Nevertheless, he claimed he was looking forward to the future. In fact, he was busy readying a performance at gay bar Hamburger Mary’s in his hometown of Brandon, Florida. During that show, he broke down and wept, extremely moved by everything.

Then, to demonstrate he’s genuinely bisexual and this wasn’t some publicity ploy, he hit on actress Chloë Grace Moretz. Twice.

Then? A mere week after he came out — only a week has passed — all of Carter’s social media pages went surreptitiously dark. His ex-girlfriend claimed she wasn’t homophobic and has lots of gay friends. But that’s when Carter turned around and said:

“When it comes down to it, really, I had an experience when I was 17 with a guy, but now as an almost 30-year-old man, I’m going to be pursuing relationships with women. I want to pursue a relationship with a woman.”

So then? He went on live TV to take an HIV test. During the broadcast, he revealed the depth of his substance abuse issues. Shortly after, police rushed to his home after reports that he was “on the verge of death.”  That inspired him to enter rehab and kick each and every one of his demons to the curb!

Now we’re all caught up to the present, in which we learn Carter — who weighed only 115 pounds a few weeks back — has apparently eaten sandwiches: He now weighs 160 pounds.

He’s so proud of the coup, he’s posted a before-and-after shot to Instagram along with a message for his followers:

Well, the news force is simply delighted about all this, and thinks he looks “amazing”: 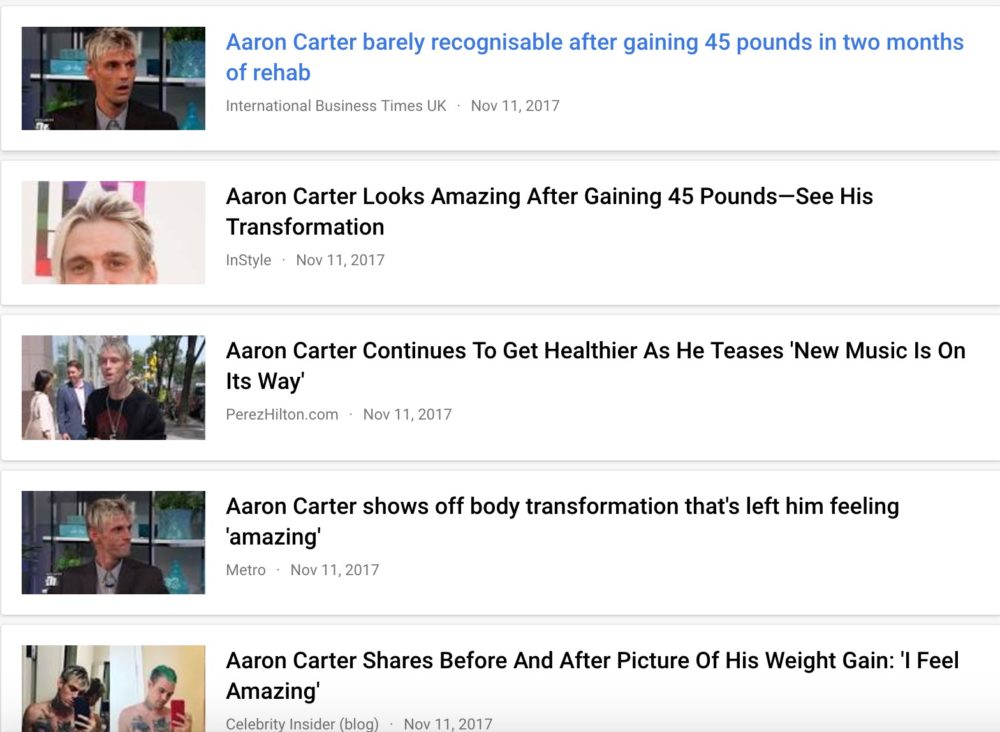