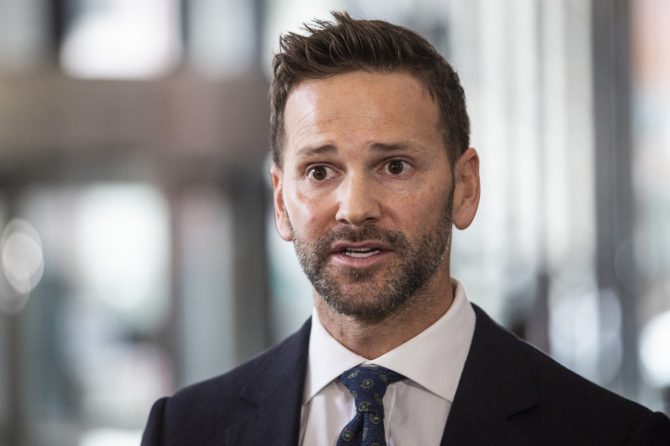 Guess who (could soon be) back in the House (of Representatives)? Former U.S. Rep. Aaron Schock.

In a stunning turn of events in the corruption case against the 37-year-old, federal prosecutors have agreed to drop all felony charges if Schock pays what he owes to the IRS and to his campaign fund.

As The Chicago Tribune reports, the deferred prosecution agreement was announced on Wednesday, March 6. Declaring this solution to be a “fair and just” outcome to the case, prosecutors said they would drop all 22 felony counts against Schock if he pays $42,000 to the IRS and $68,000 to his congressional campaign fund.

If you’ll recall, the disgraced Illinois politician resigned in 2015 amid allegations of using campaign funds and House allowance for personal expenses, including a Downton Abbey-inspired remodeling of his office in Washington D.C. He got slapped with a 24-count indictment in 2016, but a judge later dismissed two of the counts.

Related: Witnesses in Aaron Schock’s case asked about his gay sex life and whether his ex-girlfriend was a beard

For his part, Schock “applauded” the prosecutors’ decision, according to the Tribune, but apparently looked the gift horse in the mouth.

“I continue to ask, where was the oversight and supervision when my indictment was initiated?” he said. “It should not have taken four years, two U.S. attorney offices, three judges and millions of dollars in costs to the taxpayers and myself to come to this conclusion.”

If those felony counts are dropped, Schock would be left with a clean record and could return to politics.

For the Queerty demographic, Schock’s political comeback would be very bad news indeed: The Republican legislator, who can’t seem to escape gay rumors, once earned 0 percent approval rating from the Human Rights Campaign for his opposition to LGBT equality.

Related: Feds say they’re not interested in Aaron Schock’s sexuality, but he won’t stop talking about it