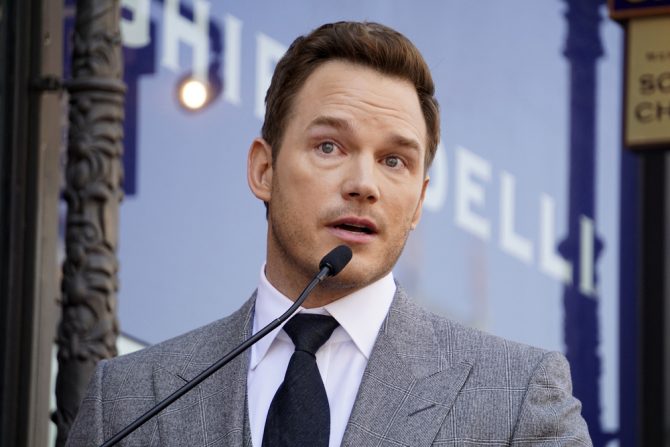 Twitter has a lot to say about alleged homophobe Chris Pratt (a.k.a. “The least favorite Chris in Hollywood”) being cast as Mario in the new Super Mario movie and almost none of it is good.

Yesterday, Nintendo announced it is teaming up with Illumination, the studio behind Despicable Me, to create a new animated Super Mario movie with Pratt voicing the lead character. The film’s other cast members include non-homophobic actors Jack Black, Seth Rogen, Charlie Day, and Anya Taylor-Joy.

The Super Mario Bros. Animated Film movie is heading to theaters in North America on 12/21/22!

Check out the voice cast for the upcoming movie below ? pic.twitter.com/Xj31P6hk6y

But not everyone’s pleased with the casting announcement. Pratt, as you may recall, is a proud member of the vehemently antigay Hillsong Church, a Christian cult that promotes bogus conversion therapy and believes homosexuality is a sin, and whose founder, Frank Houston, was an accused child sex predator.

Related: Chris Pratt’s co-stars defend him for being problematic only to make things even worse

Last year, Pratt was voted “The least favorite Chris in Hollywood” in an online poll, resulting in several of his Marvel co-star rushing to his defense on Twitter, informing people that, yeah, he may be problematic, but he’s a really, really great guy if you can look past the homophobia. Then Pratt’s wife, Katherine Schwarzenegger, daughter of Arnold Schwarzenegger and Maria Shriver, put out a statement accusing people of “meanness and bullying.”

ive always kind of felt that you cant make mario the main character because he doesn't have any flaws or struggles. nintendo have tackled this writing dilemma by establishing the character flaw of being voiced by chris pratt

The Mario movie news is going to mess with everyone in various ways, but we really need to stop casting Chris Pratt's homophobic, cult Christian ass in things.

I needed this Chris Pratt news, emotionally. Just something really meaningless to dunk on without first having to feel really bad about the state of the world. Just “it’s-a me, the homophobe!”

remember the last time everyone was dunking on chris pratt online and it trended and all his little celeb friends posted about what a great guy he was? REALLY looking forward to another round of that.

making me look at or think about chris pratt is homophobic