Last week it was Todrick Hall introducing his new man to the world, and this week it’s Adam Lambert. The singer and Queen frontman, 39, posted a photo yesterday with Oliver Gliese. It was simply captioned, “Date Night @olivergliese 💖”

Lambert and Gliese were first linked last November when paparazzi pictures of them enjoying a beach holiday in Tulum, Mexico, appeared online. Many online commentators remarked on Lambert’s bearish figure, prompting Lambert himself to post a message on his Instagram stories “I love my Dad Bod.”.

In February, Gliese posted a Valentine’s Day photo of himself and Lambert. Until now, Lambert himself has kept publicly quiet about the romance, but we’re guessing the ‘date night’ photo makes it official.

Gliese’s Instagram lists him as a ‘dancer’. He’s also understood to work with the nonprofit Global Fashion Agenda. On its website, it says Gliese is studying for a degree in Business Administration and Project Management at Copenhagen Business School.

Lambert, who shot to fame on American Idol in 2009, formerly dated Finnish TV personality Sauli Koskinen for a couple of years, but they split in 2013.

In 2019, Lambert spoke on the RuPaul chat show about being in a relationship with Javi Costa Polo. It’s unclear when that relationship ended.

In the past, Lambert’s previously spoken of struggles with his mental health and periods of feeling “lonely and depressed”, so it’s great to see him enjoying some new romance in his life.

Related: Adam Lambert opens up about being “lonely & depressed” in emotional letter to fans

Besides the photo, Lambert also shared a clip to his Instagram stories of him and Gliese on their date night, nuzzling up with one another in the back of a Rolls Royce, to a soundtrack of ‘Kiss Me More’ by Doja Cat. 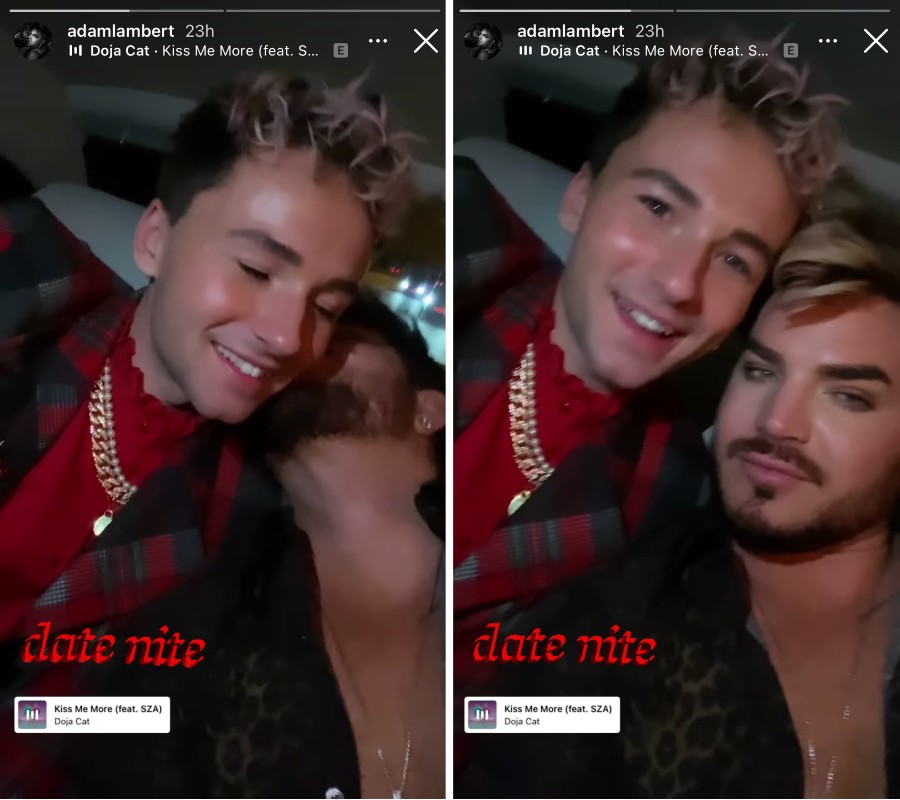