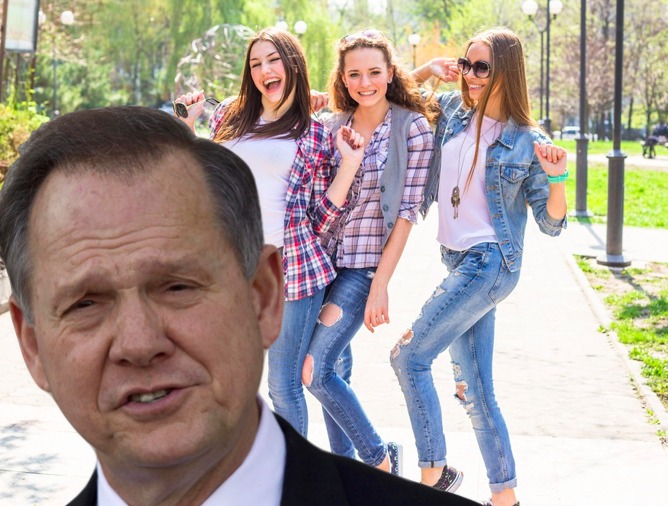 GOP Alabama State Senate hopeful Roy Moore has found himself in a world of trouble after The Washington Post published a damning story this week alleging he engaged in sexual conduct with several underage girls.

Shortly after the story broke, several members of the GOP leadership, including Senate Majority Leader Mitch McConnell and Senator John McCain, pounced on the opportunity to get Moore out of the race for Alabama State Senator.

But at least one person is sticking up for the disgraced “family values” candidate. On his radio show this week, right wingnut Alex Jones took a moment to defend Moore’s alleged affinity for seducing children.

“They’re saying 35, 40 years ago, Judge Moore talked to teenage women,” Jones said. “Never made sexual comments or advances. They even admit this, even if it’s true. … But I guess at the soda fountain or something, women that were, like, 18 years old or whatever, he said they looked good, honey.”

For the record, one of the women says she was 14 at the time, not 18. And the story she tells goes way beyond a soda fountain chat.

Did you catch that folks? Sexually harassing and attempting to seduce underage girls is “just what you do in the South.” Get over it!

Jones went on to say that this was “clearly an attempt to associate Moore with Hollywood pervs like Harvey Weinstein.”

Well, if the shoe fits!