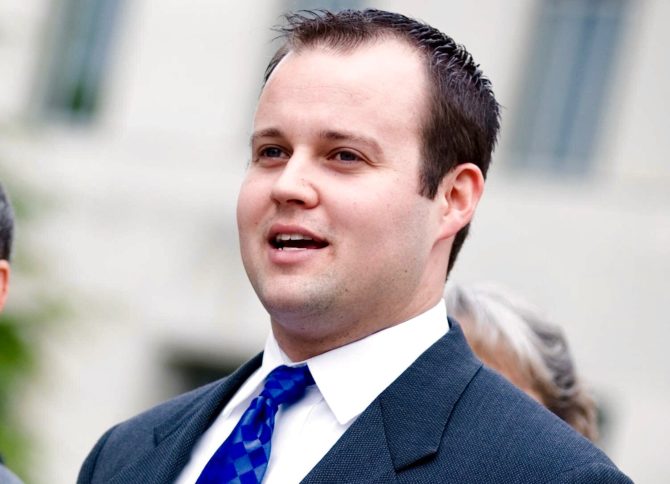 Last week, the Arkansas Supreme Court declined to review a lower court’s ruling dismissing his lawsuit against police for releasing his criminal records pertaining to that time he molested two of his sisters in their sleep.

A little backstory: In 2015, the celebrity gossip rag In Touch reported that, in 2006, Josh fondled several young girls, including two of his own sisters, while they slept. Not only that, but his parents, Jim Bob and Michelle, knew about it and tried to cover it up.

At the time the story broke, the Duggars were at the peak of their popularity with the hit TLC reality series 19 Kids and Counting, which chronicled daily life in their extremely antigay Baptist household.

Afterwards, Josh admitted to the molestations but insisted that God had forgiven him. Then he checked into a sex rehab clinic. But not before losing his cushy job as at the antigay hate group Family Research Council.

Josh quickly filed two lawsuits, one against In Touch for outing him as a child molester, and one against police in Springdale and Washington counties for invasion of privacy after they released his criminal records after receiving a Freedom of Information Act.

In 2017, a judge threw out his lawsuit against In Touch, noting that the First Amendment protected the magazine because the information it published was factual.

Then in 2018, a different judge threw out his lawsuit against Springdale and Washington counties, noting that state law does not prohibit the release of a person’s criminal records, even if they were a juvenile at the time of the offense.

The judge also questioned why Josh was complaining about invasion of privacy when he and his family had been the subjects of a reality show for years and years.

Josh appealed the dismissal and, in April, the Arkansas Court of Appeals ruled that, nope, sorry, the lower court’s decision would be upheld. That’s when he went to the Arkansas Supreme Court.

Now that the state’s Supreme Court has weighed in on the matter, it appears Josh has exhausted every legal option available to him and will just have to live with the fact that he molested his sisters, that’s gross, and there’s nobody he can blame for it but himself.

Since the scandal, the Duggar family has managed to rebrand itself by launching a new reality series called Counting On; however, Josh does not appear on the show. Instead, he purportedly earns his living selling used cars while stewing over his poor life choices.