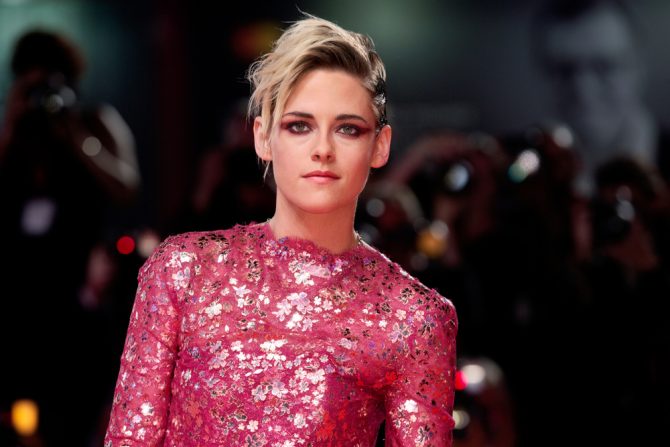 This Internet was abuzz this week that the news that Kristen Stewart’s character in the new big-screen reboot of Charlie’s Angels is “definitely gay.” How will viewers know that secret agent Sabina prefers the company of women? Apparently, there’s a “little moment” in the film.

“Kristen’s character is definitely gay in the movie. I mean, she wanted to be gay in the movie and I’m like, ‘Yeah.’ I made sure we kept that little moment in so that you understand what she was attracted to.”

So much of the time, “little moments” of LGBTQ visibility are all fans get. Think of Josh Gad’s “exclusively gay” LeFou sharing a two-second dance with another man in Beauty and the Beast. Or “Disney-Pixar’s first lesbian couple,” i.e. two women with a stroller in the background of a Finding Dory shot. Or the“first queer big-screen superhero,” Power Rangers’ Trini, tacitly implying she may have “girlfriend trouble.”

Related: Is it OK for LGBT characters to be punchlines?

“While, to be sure, even incremental progress should be celebrated — any forward movement is better than none — this is an incredibly unsatisfactory beat to go on to be widely disseminated as a breakthrough for inclusivity,” BuzzFeed News’ Alison Willmore said of that throwaway Power Rangers moment.

Or take Lt. Hikaru Sulu. In Star Trek Beyond, the John Cho character put his arm around an unnamed male partner in a “whisper of a scene,” as original Sulu portrayer George Takei, an openly gay man, described it. “If you blinked, you missed it,” Takei added. “There are others who are dealing with LGBT issues much more profoundly.”

Granted, we’re not expecting Charlie’s Angels to be Carol, and a character’s sexuality doesn’t need to be the focus of a film. In fact, the Vito Russo Test recommends acknowledging a character’s sexuality but not harping on it. Developed by GLAAD and named after the Celluloid Closet author, the Vito Russo Test is a measure of LGBTQ representation in film. There are three criteria: The film contains a character that is identifiably lesbian, gay, bisexual, transgender, and/or queer, that character must not be solely or predominantly defined by their sexual orientation or gender identity, and that character must be tied into the plot in such a way that their removal would have a significant effect.

Related: Two more casualties to add to the “Bury Your Gays” trope

It sounds like Charlie’s Angels passes the test, and that’s a credit to Stewart and Banks. At least Sabina is “identifiably queer,” which is more than can be said for Thor: Ragnarok’s Valkyrie after her “little moment” was left on the cutting room floor despite the efforts of actress Tessa Thompson.

But until LGBTQ characters are normalized and given nuanced storylines, until characters aren’t presumed straight and cisgender until proven otherwise, and until Hollywood can show that LGBTQ folk can lead happy and full lives, these “little moments” aren’t enough.