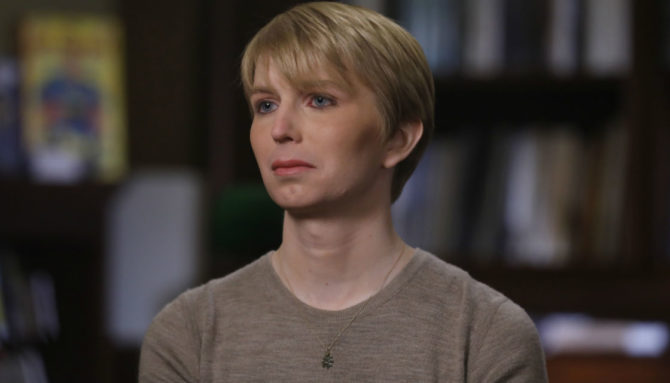 Sometimes a girl can’t get a break.

Embattled former US Army soldier Chelsea Manning has run afoul with the land down under, just ahead of her scheduled speaking tour. Australian officials informed the sponsor of Manning’s tour that immigration authorities intended to deny her entry to the country. Manning, who is transgender, rose to prominence after leaking more than 700,000 classified US documents to WikiLeaks.

Though officials for the Australian government refuse to comment on the status of Manning’s visa, Australian law provides that immigration magistrates have wide-ranging powers to deny anyone entry to the nation based on a “character test.” Given her history of leaking classified government documents, Australian officials–somewhat understandably–take issue with granting Manning a visa. Manning had additional scheduled speaking dates in the neighboring country of New Zealand, where politicians have also called for denial of her entry. The Canadian government made similar moves prior to a visit from Manning last year as well.

Prior to her transition, Manning served as an intelligence analyst in Iraq. Courts convicted her for leaking sensitive information about ongoing military operations in Iraq and Afghanistan in 2013. President Obama later commuted her sentence.