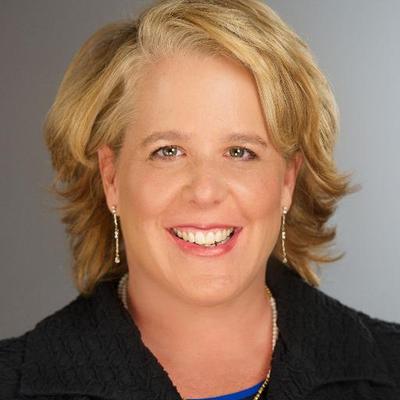 What do you do for a follow up after you successfully advanced marriage rights for millions of people? If you’re Roberta Kaplan, you take on white supremacists.

Kaplan was the out lesbian lawyer who represented Edie Windsor, the widow whose lawsuit led to the Supreme Court striking down the Defense of Marriage Act in 2013. The victory paved the way for the broader Supreme Court decision two years later that made marriage equality a national right.

Now Kaplan is the attorney behind a federal lawsuit that seeks to punish the organizers of last year’s deadly Unite the Right rally in Charlottesville. Despite President Trump’s contention that there are “some very fine people on both sides,” the lawsuit says that the organizers of the event violated an 1871 law that prohibits conspiring against minorities or their supporters.

Kaplan was in Charlottesville just days after the rally to speak with victims willing to sue the event’s organizers, Richard Spencer and Jason Kessler. She recruited another attorney, Karen Dunn, to help her by asking if she wanted to “sue the Nazis.”

In an effort to dismiss the suit, Spencer and Kessler argued that planning for the rally was just a free speech exercise and that no one planned to run a protester over with a car. Kaplan said that the argument is ridiculous given the evidence to the contrary.

“So for months and months leading up to Charlottesville, they engaged in an enormous amount of communication, planning, and coordination about things like what weapons to bring with them to Charlottesville, how to make it look like you’re acting in self-defense when you’re really committing violence,” Kaplan told NPR. “They actually, believe it or not, talked about using protesters as speed bumps, which is obviously tragic and horrific in light of what happened to Heather Heyer.”

Heyer was the protester who was run over by a Unite the Right member.

The judge didn’t buy Spencer’s and Kessler’s argument either. The case is scheduled to go to trial next summer.

Kaplan makes it clear that the case is far from symbolic. “We want compensatory damages and justice for our clients, all of whom are injured by what happened,” she has said.

The lawsuit could have the effect of diminishing an already fractured movement. After appearing to be in the ascendant when Trump’s campaign took off, the white supremacist movement has fallen into internal bickering and disarray. Its members are worried that the lawsuit will reveal the sources of the movement’s finances, a potentially devastating blow.

The lawsuit has put Kaplan and Dunn in personal jeopardy. Kaplan has described the vitriol against her as “incredibly scary.”

“What the far right cares about the most is the fact that I’m Jewish,” Kaplan told Law.com.

A post on the Facebook page for Integrity First for America, the nonprofit funding the lawsuit, gives a sense of how loathsome the attacks are.

But such threats haven’t deterred Kaplan or Dunn, who is, like Kaplan, a formidable litigator. If anyone can take down the white supremacist movement, they can.

The insult to the injury would be that the fatal blow came thanks to a Jewish lesbian.