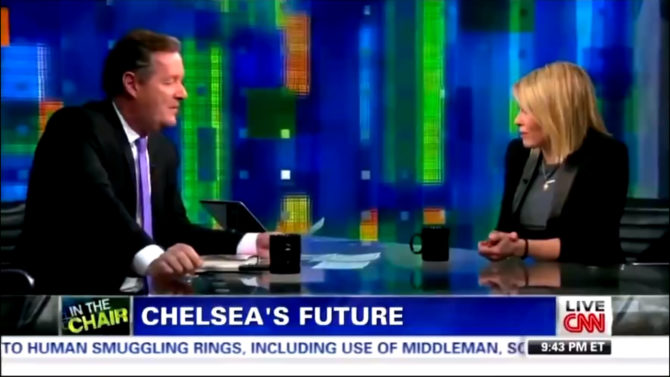 Comedian Chelsea Handler just weighed in on the ongoing drama surrounding former Good Morning Britain host Piers Morgan with a succinct video on TikTok. In it, she appears to share her opinion of Morgan and his abilities as a host.

“Some *ssholes get better, some just stay the same,” Handler captioned. She also included the tags #PiersMorgan #NowLookAtThis. Handler then posted the video to Twitter as well.

Some assholes get better, some just stay the same. #PiersMorgan #NowLookAtThis

Related: Piers Morgan’s terrible week just got much, much worse

“I want viewers to know—I mean they must know because they’re probably following you on Twitter—I mean, you can’t even pay attention for 60 seconds. You’re a terrible interviewer,” Handler says in the clip.

“Well, you just weren’t keeping my attention. That’s more an issue for you than me,” Morgan replies, slightly flummoxed.

“Maybe that’s why your job is coming to an end,” Handler quips, referencing the announcement that CNN had cancelled Morgan’s show.

Handler’s shade comes on the heels of the announcement that Piers Morgan would leave Good Morning Britain as host, effective immediately. Morgan stormed off the show on March 9 after clashing with his co-hosts over his treatment of Meghan Markle, Dutchess of Sussex. Morgan dismissed Markle’s claims that racism within the Royal Family pushed her to contemplate suicide. Good Morning Britain has since reported receiving thousands of complaints about Morgan’s remarks, and the British media watchdog OfCom has also launched an investigation into the show.