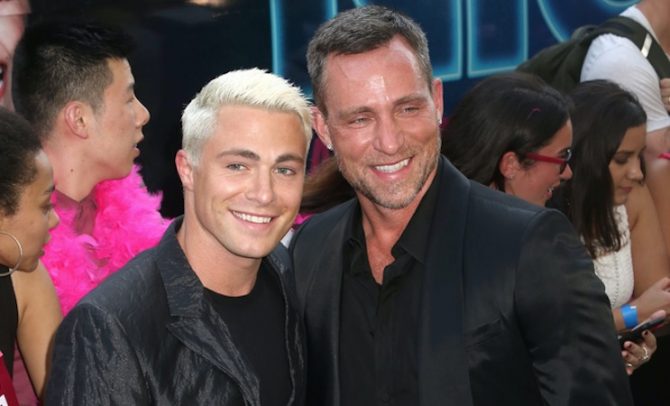 It’s been over a year since Colton Haynes filed for divorce from florist Jeff Leatham, and the couple has now finalized the split.

The Arrow and American Horror Story actor cited irreconcilable differences in divorce papers six months after marrying Leatham. Sometime after, friend of the couple Gus Kenworthy told reporters they were “working on things.”

Three months later it was reported the divorce was back on, and this week People shared details of the finalized divorce filing.

People reports the couple waived spousal support and each signed a non-disclosure and confidentiality agreement. The magazine even shared the language of that agreement, in case anyone’s interested in how celebrity divorce is practiced:

“Neither Party shall discuss‚ publish or post, or cause to be discussed published or posted, directly or indirectly, any private information pertaining to the other Party, the Parties’ relationship, or this dissolution action on any media, including without Iimitation, the internet (including, but not Iimited to, social media applications, Websites, blogs, news periodicals, etc.) or in other media in any manner,” the documents state.

And if you, like us, are left wondering, “Yes but who is getting which car?!”, People even went so far as to share those invaluable plot points.