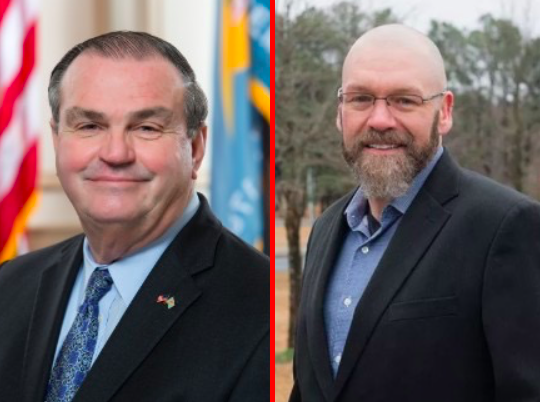 A Democratic member of the Delaware House of Representatives says he’s sorry for lashing out at his primary challenger for hosting the drag fundraiser in October.

Rep. Earl Jaques attacked his opponent Eric Morrison, who is openly gay, after Morrison performed in drag at a fundraiser last month to help raise money for his campaign.

44-year-old Morrison is running against 72-year-old Jaques in the Democratic primary next year for his seat in the Delaware House of Representatives, which he has held since 2010.

“That’s so far off-base for our district, it’s unbelievable,” Jaques told the News Journal about Morrison’s drag fundraiser. “You wonder what the point is. You can have fundraisers, I don’t care about that. But dressing in drag? Really?”

Morrison has been a drag performer for the past 25 years.

Jaques, a Christian who voted against same-sex marriage in 2013 and chose to abstain from voting on a bill to ban conversion therapy, went on to mention all the churches in his district and implied good Christian folk would never vote for a female impersonator.

“I’m not sure he represents the people who attend those places of religion,” he said. “If he’s actually having a fundraiser in drag, I don’t think those churches would endorse that.”

“I’m just saying it’s a little different, that’s for sure.”

After the comments were published, Jaques was met with a wave of criticism from his Democratic colleagues.

Heeding their call, the lawmaker now says he regrets the comments, calling them “insensitive, hurtful, and simply wrong.”

Morrison has said he “very much” appreciates Jaques’ apology, but he also pointed to his not-so-great track record on LGBTQ issues.

“Unfortunately, this does not change the fact that Rep. Jaques voted against same-sex marriage in 2013, and refused to vote yes or no on banning the barbaric practice of conversion therapy for Delaware’s LGBT minors in 2013,” he said. “Those votes trouble me today and will always trouble me.”

If Morrison beats Jaques in the primary and wins in the 2020 election, he will become the first gay man to serve on Delaware’s General Assembly.