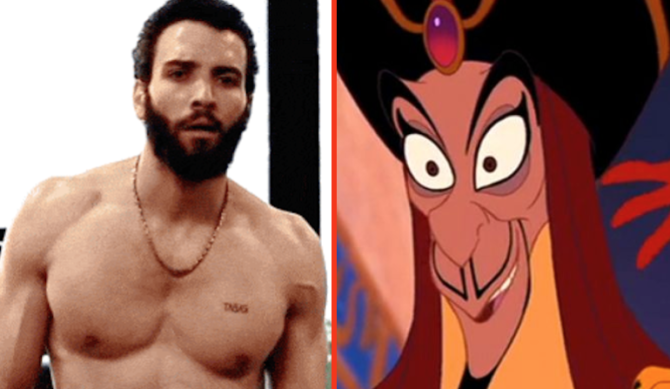 Is a hot Jafar going to work for you? Disney is banking on “yes.”

The studio has officially cast Dutch-Tunisian actor Marwan Kenzari as the evil vizier Jafar in its latest live-action Aladdin remake, with Mena Massoud starring as Aladdin.

Oh, and Will Smith is playing the Genie. That’s one big bottle he has to fill since it doesn’t get any better than Robin Williams in the original animated classic.

Everyone pretty much has the same reaction to Kenzari, and it can be summed up in a single “dayum”:

me, when i see this is who they've cast as Jafar in the live action "Aladdin" pic.twitter.com/OWV7cZNOYP

Old School Jafar: Here for it.
New Jafar (Now With Abs!): I remain resolutely here for the proverbial it.

jasmine's gonna be like "lmao die in an hourglass for all i care" pic.twitter.com/hW7bgbvwHQ

Pretty sure I'm going to spend the entirety of the live action Aladdin on Jafar's side pic.twitter.com/0aLN46hPTA

Guess who is rooting for Jafar now

Disney just cast this actor, Marwan Kenzari, as Jafar in the live-action Aladdin, which I…uh…that is…um…what was I saying? pic.twitter.com/bVDv2JAZYs

But one real question still remains: