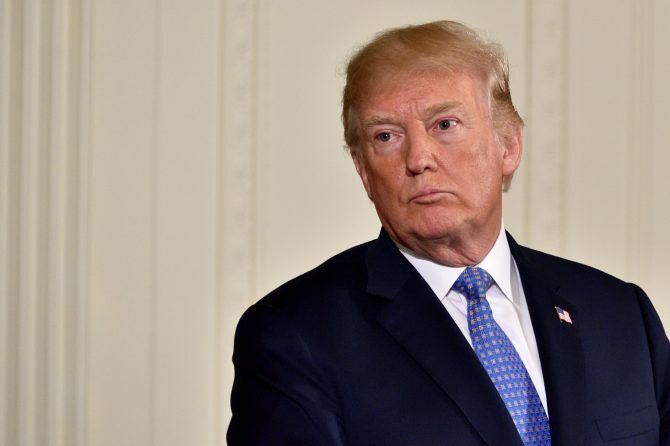 Former President Donald Trump may have more than one reason to refer to autumn 2021 as his “fall.”

Last week, a New York arbitrator dealt Trump a massive blow when he ruled that former Apprentice contestant and White House advisor Omarosa Manigault Newman’s non-disclosure agreement was too vague to enforce. Trump had sued Manigault Newman after she penned a tell-all book about her time in the White House.

The Daily Beast reports that Trump will have to reimburse all of Manigault Newman’s legal fees for the three-year fight over the lawsuit. The site also reports that the implications of the ruling in Omarosa’s case could have far-reaching implications, as it will enable other former Trump associates to speak out without fear of legal reprisal under NDA rules.

“This is going to have a massive impact, and it’s because of the way Trump treats people when he’s done with them,” Manigault Newman told the website. “I really do feel that folks who have been mistreated or embarrassed, who certainly have information to share will go, ‘Hmm—well they haven’t heard this story.’ There were so many people in the room when he was doing things that were so clearly unlawful, unethical, unhinged—whatever ‘un-’ you want to use—especially people in the White House. It’s not because they’re unloyal or don’t care about the office or the country; it’s because of how he treated people.”

A judge had reached a similar conclusion regarding the Trump NDAs earlier this year in the case of former staffer Jessica Denson, who has accused Trump of gender discrimination. The one-two punch of both cases could signal a coming flood of grievances from former Trump associates no longer bound by the rules of an NDA.

The news comes amid a wave of devastating articles about Donald Trump’s malfeasance and incompetence–and even physical health after his bout of coronavirus that almost killed him last year.

Following her win in arbitration, Omarosa Manigault Newman raised questions about Trump’s health–something that Trump himself seems concerned over. In a RealClearPolitics interview, Trump dialed back his 2024 Presidential ambitions, saying his health may prevent him from running.

The news also comes as Trump faces renewed criticism over his continued, false claims that the 2020 Presidential election was “stolen,” and as a probe of misconduct by Trump and his lap dog Lindsay Graham over election tampering in Georgia is poised to release its findings.

Trump has also faced personal financial woes, with his hotels facing a massive downturn in business following his encouragement of the January 6 Capitol Insurrection.