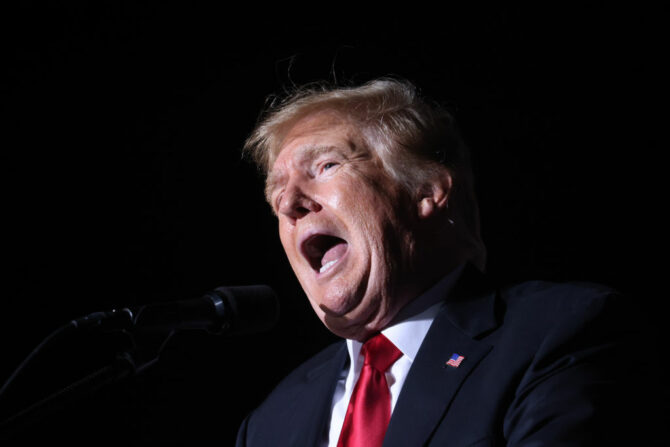 In the least surprising news of the century, less than one month after its launch, Donald Trump‘s latest business venture, Truth Social, appears to be in a complete freefall.

Following a barrage of bad press earlier this week, ex-congressman Devin Nunes, who resigned from office to become CEO of the app’s creator Trump Media and Technology Group, says his team is working “literally around the clock” to try and save the flailing social media brand.

Since its launch, Truth Social has been plagued by a number of technical issues and behind-the-scenes chaos.

It has also failed to take off with users.

A preliminary report by SimilarWeb, which tracks website traffic from public and private sources, found the site doing “either worse or the same” as several other MAGA social media platforms, including Gab, Gettr, and Parler.

According to SimilarWeb’s estimates, Truth Social saw a sharp uptick of roughly 2 million daily visits when it first launched last month, but traffic quickly nosedived to less than 300,000 daily visits shortly after that.

Downloads have tanked, too.

Newsweek reports that, after becoming the number one free app on the Apple marketplace the week it launched, with 361,000 downloads, Truth Social has fallen down–waaaaay down–to barely 90,000 downloads three weeks later.

Related: We can officially add Truth Social to the ever-growing list of Donald Trump’s business failures

“Our team is working literally around the clock 24/7,” Nunes told reporters this week. “And as we grow and as we add people, we squash bugs, we’re making changes right. Matter of fact, we should have in the next day or two another Apple update.”

Nunes, who once tried to sue a fictional cow, admitted that Truth Social is “not perfect” but the team is “doing everything we can to keep the platform clean, and to keep off all the nasty bots and the people that aren’t really real people.”

Of course, it might help if Trump himself actually expressed interest the site. In the three weeks since its launch, the ex-president has only posted one “truth”,  the app’s equivalent of a tweet, on his profile. 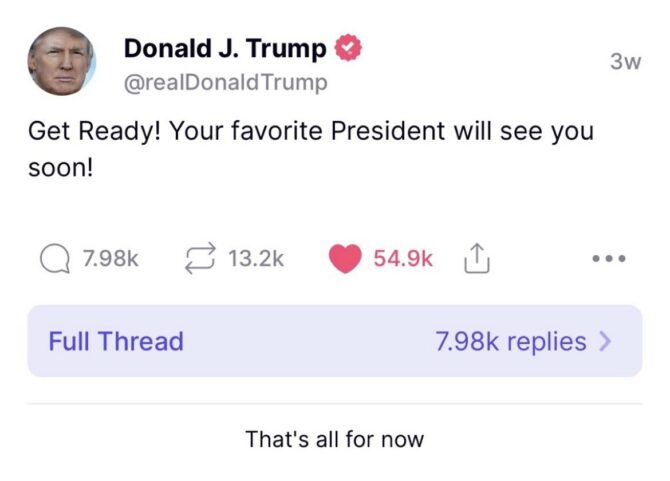 In Trump’s defense, however, he’s been a little preoccupied. In addition to being at the center of multiple civil and criminal investigations, he recently had to refinance the mortgage on Trump Tower with a $100 million loan, the CEO of his crumbling hotel brand just quit, along with his longtime accounting firm, and his private plane almost crashed outside New Orleans last weekend.

So the guy who failed at his SATs, his casinos, his steaks, his cologne, his airline, his board game, his scam university, his vodka, his water, his marriages, his re-election, his coup and his blog is failing at launching his stupid Truth Social app?

Truth Social is up and running . pic.twitter.com/DqyMUSnz59

Truth Social is failing under the "leadership" of Devin Nunes.

He's so pissed, he's probably going to have a cow about it.

Dunking on #TruthSocial is sort of like dunking on Devin Nunes. Oh right…

IF Trump's New "TRUMP FORCE ONE" airplane is anything like his new media platform, "Truth Social"…
It won't get off the ground either! pic.twitter.com/yMyB2TcExh

Even though I paid $1,000 just to be wait listed, I’m not the slightest bit worried about Trump’s Truth Social roll out. Devin Nunes is working on the issues as we speak. pic.twitter.com/kIiYoB508g

Trump is realizing that Truth Social is the Eric Trump of social media companies.

C'mon guys 'Truth social' is not a complete failure, it got devin nunes out of Congress.