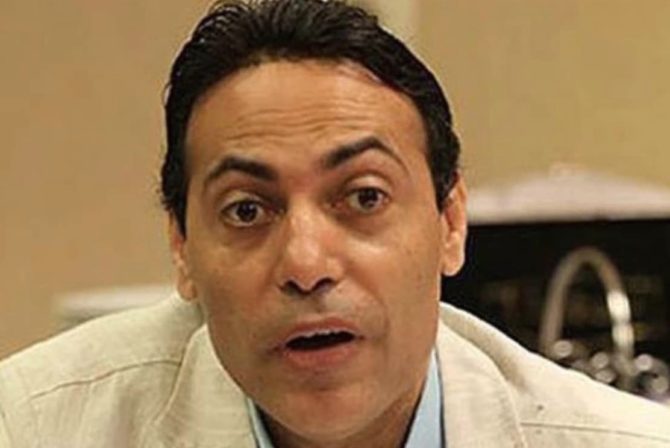 A court in Egypt has sentenced a TV journalist to a year in prison for interviewing a gay man.

A jury slapped Mohammed al-Gheiti with the one-year prison term and, in addition, a $167 fine plus one year of court supervision after he interviewed an anonymous gay man on the Egyptian morning show Wake Up. The court also charged him with contempt of religion.

In an odd twist, al-Gheiti actually has a record of speaking out against homosexuality. Egypt does not forbid homosexual conduct by law, though queer people there are often the subject of police witch hunts which charge them of related crimes, including possession of pornography or debauchery.

As such, al-Gheiti interviewed a gay man about his experience in the nation, and he the man described having to conceal his sexuality working as a prostitute. The same episode featured another journalist speaking with men on Grindr–some as young as 14–about their secret lives.

The court found that al-Gheiti’s interview violated a 2017 law “banning the appearance of homosexuals or promotion of their slogans.” The Egyptian government introduced the rule after members of the LGBTQ community tried to display a pride flag at a concert.

As part of the charges against al-Gheiti, the network that runs his show, LTC TV, also faced a two-week shutdown. Human rights watchdog group Amnesty International has criticized the sentence against al-Gheiti, saying “it represents yet another blow against freedom of expression, the LGBTI community and diversity in Egypt.”