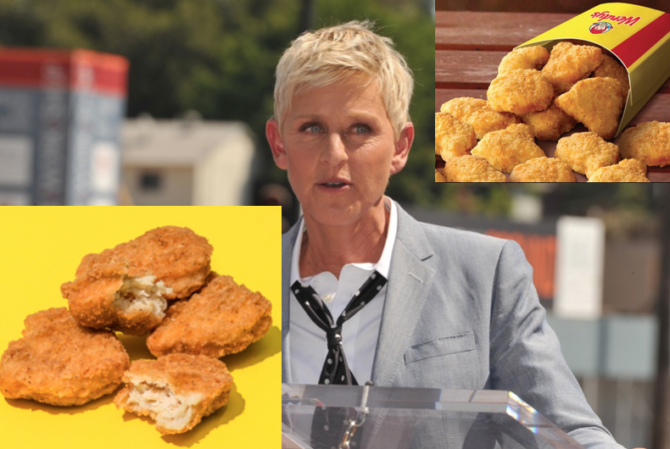 Then again, you might not — we don’t know you that well.

But we can all agree on a few facts: she has a massively popular daytime talk show, an equally massive paycheck to go with it (which helped pay for this modest fixer-upper), a talented and beautiful wife, and above all else, the most retweeted Tweet ever in the history of retweeted Tweets.

But that’s about to change thanks to one savvy teen and what we assume must be a deep passion for nuggeted meat product.

Last week, 16-year-old Carter Wilkerson posed a simple question to Wendy’s on Twitter. “Yo @Wendy’s,” he wrote. “How many retweets for a year of chicken nuggets?”

“Consider it done,” fired back Wilkerson.

And that’s how this happened:

HELP ME PLEASE. A MAN NEEDS HIS NUGGS pic.twitter.com/4SrfHmEMo3

At the time of this post, the above Tweet has been retweeted roughly 2.5 million times, a long way off from the bar set by Wendy’s to unlock all those free nuggets.

However, the figure is creeping awfully close to another milestone set by Ellen’s famous Oscars share. That star-studded selfie, named by Time as one of the 100 most influential photos of the year, currently holds the title of most retweeted Tweet:

If only Bradley's arm was longer. Best photo ever. #oscars pic.twitter.com/C9U5NOtGap

It’s only a matter of time before Ellen must give the crown to Wilkerson, and it seems fitting that it should come with an invitation to come on her show and discuss this very important event.

It also must certainly help to have some of the country’s biggest tech giants lending a hand to achieve the boy’s dream:

We're in. How about you, @Amazon and @Google? #NuggsForCarter https://t.co/zi8FmD6Cf8