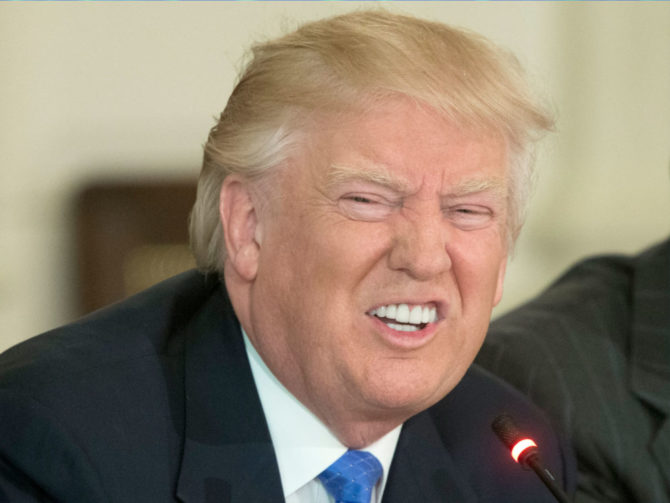 It must be a cold day in hell because Donald Trump‘s support among evangelicals is slipping drastically. And it’s largely because of the publicity stunt he pulled earlier this week when he had peaceful protestors teargassed and shot with rubber bullets so he could pose for a photo holding the bible upside down in front of a church.

In March, nearly 80 percent of white evangelicals said they approved of the job Mr. Trump was doing, PRRI found. But by the end of May, with the country convulsed by racial discord, Mr. Trump’s favorability among white evangelicals had fallen 15 percentage points to 62 percent, according to a PRRI poll released Thursday. That is consistent with declines that other surveys have picked up recently. Among white Catholics, the same poll also found that his approval has fallen by 27 points since March.

Some evangelicals have begun speaking out publicly about why they can no longer support Trump. Like Monica Bailey, who has “never voted Democrat in my life.” She recently shared a video in which explains why she voted for him in 2016 but why she will not be voting for him again in November. The video has been widely circulated on Twitter.

This is already a viral video, but it needs to be shared with as many folks as possible. And all progressives, atheists, agnostics, and/or non-trump Christians need to love & embrace all the Monicas who do the right thing like Monica Bailey! #TrumpRiots2020 #TrumpResignNow pic.twitter.com/zdKkib7rVo

Even homophobic televangelist Pat Robertson seems to be turning on the president after fervently defending him for years. This week on The 700 Club, he actually spoke out against Trump’s recent behavior.

“It seems like now is the time to say, ‘I understand your pain, I want to comfort you, I think it’s time we love each other,'” Robertson said. “But the President took a different course. He said, ‘I am the “President of law and order,’ and he issued a heads-up.”

He continued, “He said, ‘I’m ready to send in military troops if the nation’s governors don’t act to quell the violence that has rocked American cities.’ A matter of fact, he spoke of them as being jerks. You just don’t do that, Mr. President. It isn’t cool!”

Robertson went on to decry racism, saying “we are one” and “God made us all.”

Meanwhile, in an interview with Sean Spicer this week, Trump claimed he has done “so much for religion” since taking office. He failed to elaborate, however, on what exactly he’s done.