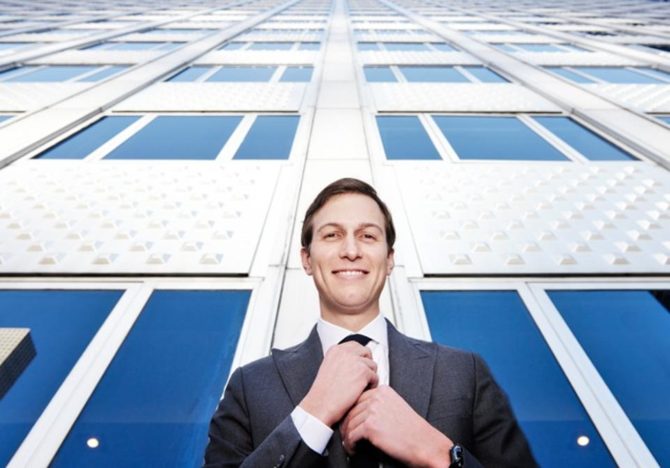 This just in: Jared Kushner is the second biggest laughing stock inside the White House, Politico reports.

Multiple independent sources say that Ivanka’s husband is not particularly well-liked at work. He’s not even kinda sorta liked. In fact, most of the people actually think he’s a total loser and make fun of him behind his back.

One source describes Kushner as a “shrewd self-promoter, knowing how to take credit–and shirk blame–whenever it suits him.”

Another senior administration official jokes, “He’s saving the government and the Middle East at the same time!”

“This guy who is supposed to be good at everything is totally out of his depth,” a third person says.

36-year-old Kushner has been given a litany of important tasks, none of which he’s even remotely qualified for, including working as a senior adviser to his father-in-law, overseeing the Office of American Innovation, tackling Veterans’ Affairs, taking on trade, tax, and health care reform, coming up with a plan to build a wall along the border of Mexico, and finding creative ways to “reduce bureaucracy.” Oh, and brokering peace in the Middle East.

White House staffers have even begun passing around satirical news articles about the President’s son-in-law and laughing behind his back. According to Politico:

On Wednesday, White House staffers and outside allies passed around a story from the parody website The Onion indicating that Kushner had “quietly moved the task ‘solve Middle East crisis’ to his to-do list for next week” because “there was simply too much on his plate right now to bring stability to the fractious region by end of day Friday.” Kushner did not see the piece, a person close to him said.

Insiders also say Kushner and Trump are bizarrely co-dependent on one another. Jared is often the last person Donald talks to before going to bed (sorry, Melania!), and that the two guys often dine together and spend most of their free time and weekends together, as well.

Yep, that sounds pretty much like two guys who have zero friends.

But at least one source close to Kushner says that all the people who make fun of him behind his back are just a bunch of jealous bitches.

“Everyone is jealous,” the person tells Politico, adding that Kushner is “the ultimate decider. Mostly people are jealous.”