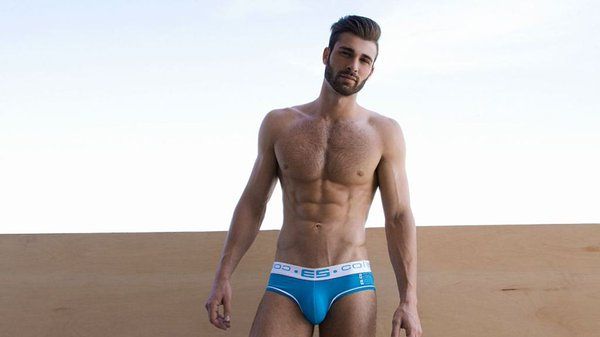 When we last heard from Jarec Wentworth, real name Teofil Brank, he was reaching out to his admirers from prison, asking for, among other odd items, a $200 Thor cosplay hammer.

That was in January of 2020, and the ex-Sean Cody performer has apparently moved on from such childish playthings and set his sights on Sacramento.

Brank, who in 2015 was found guilty of extorting gay Republican millionaire Donald Burns, floated a run in the California recall election of Governor Gavin Newsom, tweeting: “Should I run for governor of California? At this point, why not.”

Should I run for governor of California? At this point, why not.

Brank elaborated in a response to a commenter who was likely referencing Caitlyn Jenner’s campaign. “We had a clown for president,” they wrote, “and now a hungry desesperate [sic] for publicity clown is thinking about doing it, why not you, who has seen the best and worst of your your young life and came out on top.”

Brank replied with: “Too much corruption in our system. Time to clean up and bring life back to California. SF was my favorite little city. Now it’s a dump. What happen to this state while I was away?”

Too much corruption in our system. Time to clean up and bring life back to California. SF was my favorite little city. Now it's a dump. What happen to this state while I was away?

Another commenter saw things a bit differently, writing: “‘Why not’ is not a reason, and a crook running to clean up corruption is laughable.”

"Why not" is not a reason, and a crook running to clean up corruption is laughable.

To recap what Brank means when he says he’s “been away,” Republican donor Donald Burns admitted to paying Brank for sex “at least four times” and giving him $1500 to $2500 “referral fees” anytime the then-25-year-old adult film star introduced him to new male paramours.

Brank was arrested in an FBI sting operation. He spent 70 months behind bars and is currently on probation, maintaining his innocence throughout the ordeal.

Oddly enough, if he’s serious about running (and we don’t think he is), he wouldn’t be the first adult film star to seek the office. In 2003, adult performer Mary Cary ran in the recall election of Gray Davis.