Another day, another story about Donald Trump cheating on his wife, who spends each passing day feeling more miserable and alone.

Related: Miserable Melania on being First Lady: “It’s not my thing.”


According to the report, Trump told McDougal that he and Melania didn’t spent much time together and that she kept a separate bedroom in Trump Tower because “she liked her space to read or be alone.”

This certainly computes with everything we’ve observed about the First Lady–from her refusal to move into the White House for the six months of Trump’s presidency, to her saying she wished she could spend the holidays alone “on a deserted island,” to those frigid Christmas photos she took. 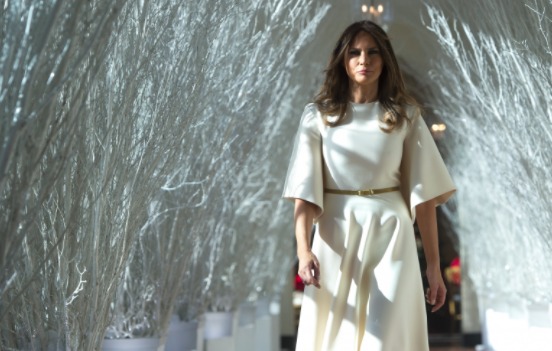 It also corroborates what Michael Wolff said in his book Fire and Fury: Inside the Trump White House. According to Wolff, throughout their marriage, Donald and Melania “spent relatively little time together.”

“They could go days at a time without contact,” Wolff wrote, “even when they were both in Trump Tower.”

A Marist poll published, ironically, on Valentine’s Day, found that 34% of Americans think it’s time for Melania to leave her trash husband. An additional 23% say they genuinely don’t know what FLOTUS should do, but they wish her the best.

Related: Melania celebrates anniversary of husband’s inauguration by tweeting pic of herself with another man