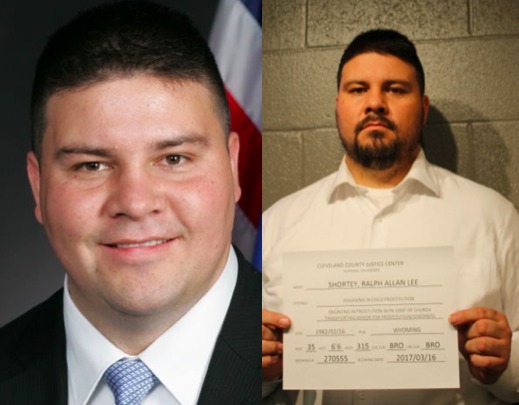 Former GOP state Senator Ralph Shortey from Oklahoma, who resigned in disgrace back in March after being caught redhanded with a 17-year-old boy in a motel room, has pleaded guilty to a charge of child sex trafficking.

During the 2016 GOP primary, Shortey was the state Trump campaign chairman.

By pleading guilty to the charge, he faces a minimum sentence of ten years. The maximum sentence for child sex trafficking is life.