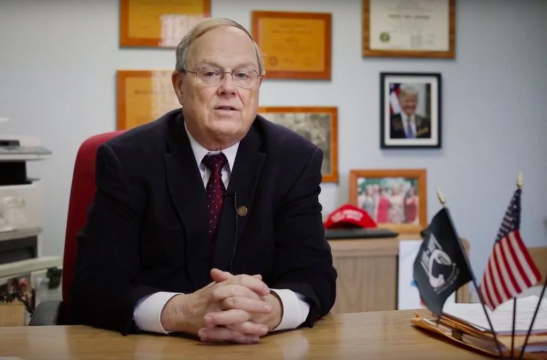 Virginia Republican John Gray is currently running to be chairman of the Prince William Board of County Supervisors.

Grey thought he had outsmarted everyone when he paid $30 for someone to delete a bunch of old offensive tweets he had written.

In another one, he praised Omar Mateen, the gunman responsible for the Pulse nightclub massacre, saying, “Well, what did you expect? Being Islamic you knew he had the right to beat you.”

And in another, he suggested that if Christian bakers must make wedding cakes for same-sex couples, then Muslim hookah-bar owners should be forced to sell alcohol to patrons.

Of course, as anyone with a rudimentary understanding of how the world wide web works knows, the internet remembers forever.

Gray’s cover was blown after his campaign disclosed two $15 payments to Tweet Deleter, a service that specializes in scrubbing people’s Twitter accounts of incriminating tweets.

When his opponent, Democrat Ann Wheeler, saw this, she did some digging and unearthed the tweets then shared them with The Washington Post.

When confronted about the tweets, Grey said “some of them were completely inappropriate” and that he hired Tweet Deleter in an effort to avoid giving his opponents anything–like, say, his record–to use against him.

Grey also insisted that his tweet about shooting people who oppose Donald Trump is “not inciting violence.” It was just a metaphor. Or something.

Related: Antigay lawmaker says abortion must be outlawed to “protect the lives of unborn gay children”