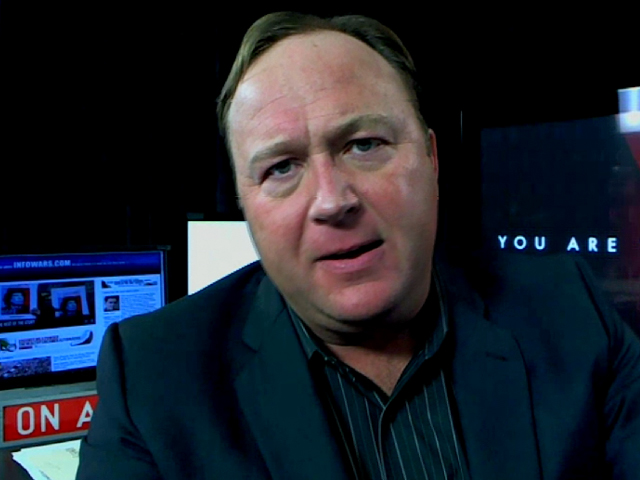 There are two types of actors in the world: good ones and bad ones. A good one can make an audience forget he’s even acting, while a bad one reminds them every second that he’s putting on a performance.

This week, Jones got a little too into playing a crazed hate monger on his radio show. The 43-year-old loony tune was pretending to be furiously upset over a New York Times article published back in May that talks about the growing trend of drag queens reading stories to children at public libraries.

He becomes increasingly unhinged as he goes on to suggest that drag queens may be aliens from another planet:

Imagine if somebody in a demon outfit showed up next to a baby giraffe and said, ‘Hi, I’m a demon be inclusive don’t be mean to me. Let me wear demon horns and come up and look like a complete alien from another planet.’ Let a space alien–and by the way this is a program–they dress up like space aliens all over the United States and all over the world in horrible demon psychopath outfits that make Pennywise look beautiful!

The temper tantrum climaxes with Jones jumping up from his seat and throwing a chair at his camera crew.

Watch the temper tantrum below. Or don’t.

Alex Jones Melts Down After Learning of Program Where Drag Queens Read to Children (via @RightWingWatch) pic.twitter.com/XQSg0UG364