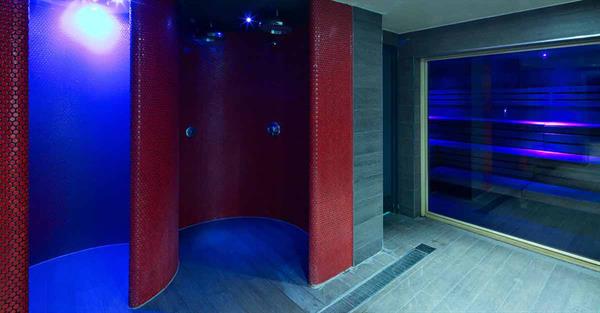 Virgin Active, one of the largest chain of health clubs in the U.K., is facing criticism after it sent a threatening email directed at its gay members.

Members of the Virgin Active gym in Barbican, London received an email earlier this month warning them that “reports of incidents linked to individuals’ inappropriate behaviour, specific to the male locker room facilities” had resulted the gym employing undercover cops “to address and investigate any criminal behaviour.”

Apparently, guys were hooking up in the showers so much that the men’s locker room has been nicknamed “the wank tank.”

“Going forward please be advised that undercover police officers will be present in the male locker room and they will take any appropriate action should the need arise,” the cryptic email read. 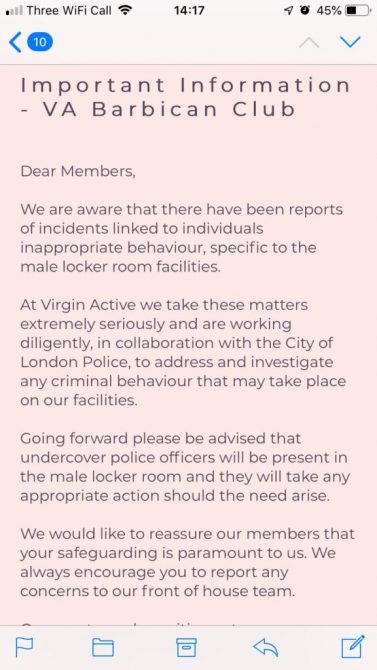 But London Police quickly called the gym’s bluff, saying no such arrangements were ever made between the department and the gym and that Virgin Active was lying to its members.

“We have not put undercover officers into the changing rooms of this gym, or any other gym in the City,” a spokesperson told Buzzfeed.

The spokesperson added, “We became aware of this email sent out to members by Virgin and have asked them to issue a correction, which I believe they are going to do imminently.”

Related: These Locker Room Confessions Will Make You Renew That Gym Membership…Or Cancel It

“It’s disgraceful that they lied, and undermines any reassurance they have given as being supportive of the LGBT community,” member Max Pemberton tells Buzzfeed, adding that the gym’s threats harken back to “1950s honey traps in men’s toilets all over again, when they targeted gays in a homophobic clampdown.”

Meanwhile, a spokesperson for Virgin Active chalked the whole thing up to “a miscommunication between Virgin Active and the City Of London Police which has now been clarified.”

Related: This guy’s response to homophobic straight dudes in the locker room is priceless