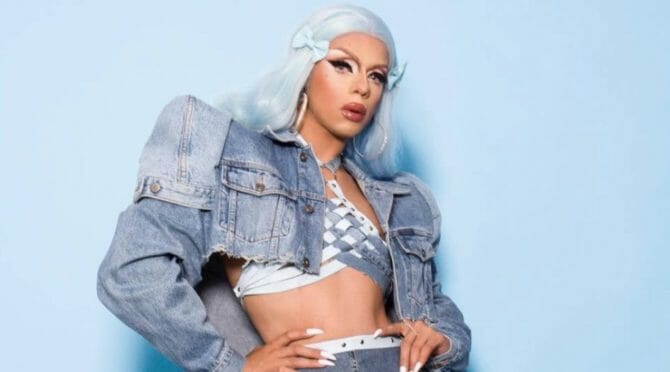 The TERF movement has aligned itself with radical feminism largely as a means to deny trans women access to female-exclusive spaces, whether that’s restrooms, festivals or healthcare.

Aja responded by writing: “Shut the f*ck up you f*cking terf – calling me a misogynistic troll? You are a bitter ass fake feminist. Real feminists support all women and all genders equality. Don’t misgender me. You senseless cow.”

Comments were mostly supportive of Aja, but there was also some criticism.

“A male raised as male behaving as a male,” someone wrote, adding, “awwww.”

But twitter didn’t ban the 200-300 people literally devalidating (sic) my non-binary identity. But I’m here like I might be blocked but guess what I still identify the same way, I am well validated and alive and happy and nobody can take that.

Also feminism can be practiced by anyone who believes in equality amongst men and women – because people keep telling me I can’t be a feminist and that trans women aren’t included in feminism.

A vagina does not make a woman and neither do breasts. That social construct of an idea is extremely over. But hey maybe it’s just me”