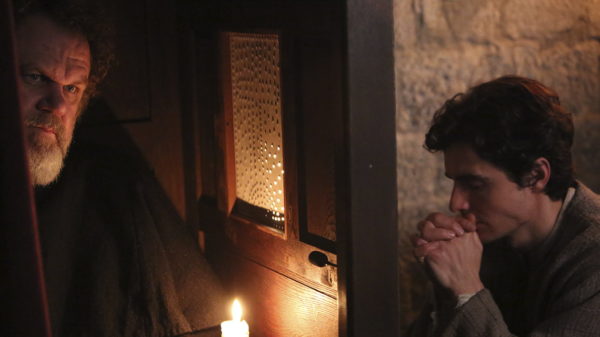 Based on a 14th century novella found in Boccaccio’s The Decameron, The Little Hours follows Massetto (played with barely contained glee by Dave Franco looking better than ever), a hunky Italian servant boy on the hunt. Massetto stumbles upon a convent of scandalous nuns, which offers a solution to a current predicament. See, Massetto had an affair with his incompetent master’s wife (the fabulous Lauren Weedman of Looking fame), and needs a place to hide out before his former master—a bumbling decorated warrior—murders him. A drunken priest named Father Tommasso (John C. Riley) offers Massetto the chance to stay in this sexually-frustrated convent, so long as he poses as a deaf-mute. 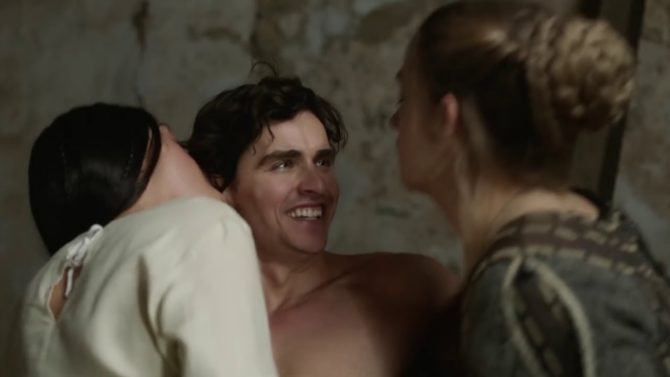 What Massetto discovers in said convent leans more toward something out of Heathers by way of Melrose Place rather than The Sound of Music. Massetto has to fight off the lusty nuns who come off more like bitchy sorority girls rather than the sanctimonious, chaste ladies made famous in films by actresses like Julie Andrews or Ingrid Bergman. With Massetto at the mercy of the nuns, hilarity ensues, along with plenty of gratuitous shots of Franco’s bod in various states of undress.

Boccaccio wrote The Decameron as a satire of medieval, Catholic Italy. His observations, which have plenty of modern application, generate chuckles if not outright LOLs, especially in the hands of writer/director Jeff Baena and a talented cast that also includes the hilarious John C. Reilly. Queer folks will no doubt enjoy the irreverent humor and needling/taunting of oppressive organized religion, while a scantily-clad Franco offers plenty of interest for male and female fans of the male body. Franco’s character, in fact, is the primary object of lust, and the nuns, mostly fumbling with oversized habits, play second fiddle– except when having sex with each other. (Note to Franco fans: there’s a brief butt shot about three quarters of the way into the film.)

Related: WATCH: Dave Franco Is Hung Like A H-O-R-S-E 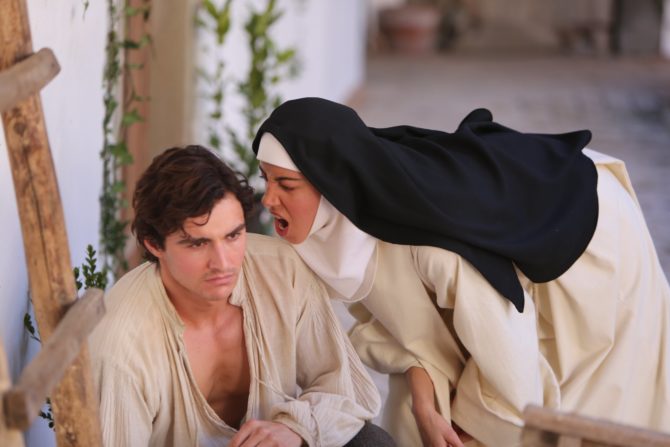 The Little Hours is now playing in theatres.