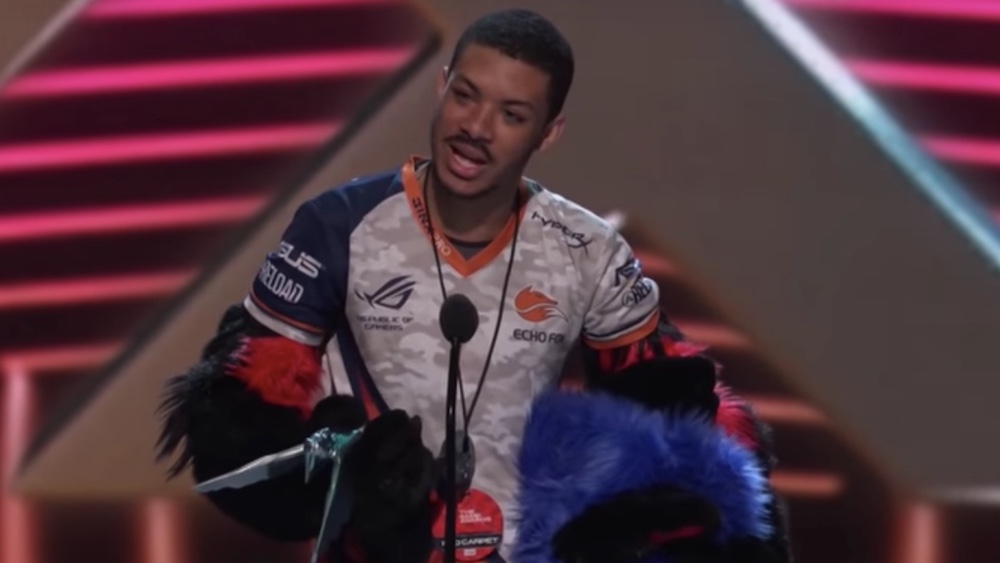 While accepting the award for Best Esports Player at the 2018 Game Awards in Los Angeles last night, a 20-year-old video gamer named Dominique McLean (aka. “SonicFox”) declared, “I’m gay, black, a furry — pretty much everything a Republican hates.”

This made us instantly fall in love with him.

While accepting the award, MetroWeekly.com reports that McLean said, “As you guys also may know — or may not know — I’m also super gay.”

He continued, “I wanna give a super shoutout to all my LGBTQ+ friends that have always helped me through life. Obviously I’m a furry, so shout out to the furries…. Guess all I gotta really say is I’m gay, black, a furry — pretty much everything a Republican hates — and the best esports player of the whole year I guess. Thank you so much!”

Related: New video game imagines what it’s like being gay in a post-apocalyptic wasteland

McLean is a three time winner at the Evolution Championship Series, an annual esports event that focuses on fighting games. He won honors for being the best fighter in the games Injustice: Gods Among Us in 2014, Mortal Kombat X in 2015 and 2016 and Dragon Ball FighterZ in 2018.

His being proudly gay, black and a furry all matter in the often toxic atmosphere of gaming. Just recently, the creators of the first person team shooter Fallout 76 had to ban players for homophobic assaults. Players in the game Red Dead Redemption 2 have made a game of assaulting and murdering feminist and black characters.

In fact, one need only look at the YouTube comments on McLean’s acceptance video to find numerous people criticizing him for “going political.”

But whether these critics realize it or not, gaming has always been political: from its exclusion of female, dark-skinned and LGBTQ characters to the fact that most games literally involve overthrowing violent regimes. (Super Mario Brothers, anybody?)

also the best dbfz player on this fucking planet dont forget it.

McLean actually came out via Twitter in August, but his awards speech has helped make even more people aware of his unique and intersectional identity — score!